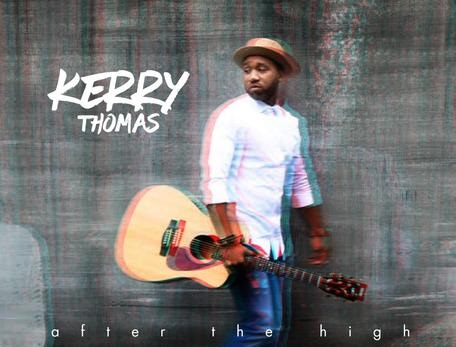 Singer/Songwriter Kerry Thomas has released the music video for his latest single, “More than Words”.

The song “More than Words” is a love song in the key of traditional R&B. The visual reflects the diversity of love and its effect on people in different stages of it.

Kerry Thomas has built a strong and dedicated following among those who have experienced his music. A captivating performer, Kerry’s sound is a diverse mix of pop, R&B, and neo-soul. A self-taught guitarist, Kerry’s desire to play was sparked from observing the guitar skills of John Mayer. Kerry also cites Luther Vandross, Marvin Gaye, Musiq Soulchild and John Legend as the powerhouse that has influenced his musical style.

Although Kerry’s live shows include his rendition of various cover tunes, he is best known for his original music. Gaining inspiration from personal past experiences, as well as those of his friends and family, Kerry’s desire is for his music to be relatable and takes the view that “music is more than sound, it’s a reflection of its creator” His debut EP entitled “Eye of the Storm” debuted at #1 in the Amazon Soul Category during its release week and is available now on iTunes and Amazon. His sophomore EP, “After the High”, was released in June 2016.