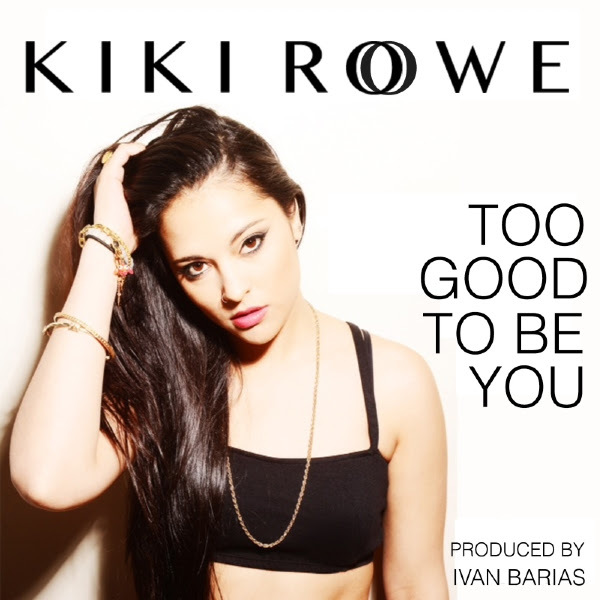 Rising modern R&B artist Kiki Rowe is ready to premiere the video for her brand new single “Too Good To Be You.” Kiki uses her siganture minimalist R&B vibe to create a slow-paced intense track with a hushed, haunting melody. To help create the track, Kiki brought in Grammy Award winning producer Ivan Barias (Justin Timberlake, Chris Brown, Musiq Soulchild). TGTBY comes on the heels of Kiki’s first hit, “Go Getta” Feat. Maino produced by Jay Oliver. “Working with different producers and artists exposes me to a wide range of music and experience,” Kiki Says. “It’s been really great and I’ve been learning a lot from them. The different perspectives help my music grow.” Kiki’s EP is set to release later this fall.

Born and raised in Mississauga, Canada as Keandra Shan Lal, which means “inspirational writer” in French/Indian, Kiki blossomed into her birth name quickly as a singer, pianist, guitarist and songwriter and eventually led to her working with top producers on her upcoming debut self-titled EP, out later this year.

Kiki Rowe (her nickname which she adopted since childhood) displayed strong promise first as a prodigious poet as a high school freshman, then as a pianist when she won first place in Ontario’s Conservatory of Music for Best Piano Composition in 2009. After writing more songs and performing around the Toronto area with local DJs and artists, Kiki gradually built a solid reputation as an artist to work with. She attracted a strong local following with the release of three original songs, including “Break My Heart” for which she produced a music video which garnered over 20,000 YouTube views organically with no promotion.

After it became quite evident that Kiki needed to expand beyond her hometown area, she traveled to the US to perform at the All Access Music Conference where the co-founders and former A&R execs from Atlantic Records Berger and Goldfarb discovered the young Canadian’s talent. Impressed by her abundance of natural songwriting and singing abilities, the former record label execs decided to work fulltime with Kiki to connect her with top level producers (including Danjahandz, DJ Mustard, Jay Oliver and Diplo) and other artists to produce tracks for Kiki’s upcoming debut EP. The first single “Go Getta” is produced by Jay Oliver (Meek Mill, French Montana, Kirko Bangz) and along with the Brooklyn-born, Maino, the King of the South himself, T.I. even makes makes a guest appearance in the video.

In addition to her upcoming debut EP, Kiki and her team have produced an online video series called “Kiki Cam”, which chronicles Kiki’s journey as she continues to chase her dreams. First up is a trip to Miami to shoot a music video and record at the world-famous Circle House Studios.

Heavily influenced by and compared to The Weeknd, Drake, and Jhene Aiko, anyone who listens to Kiki’s music knows that you will be hearing a lot more about Kiki Rowe in the years to come.