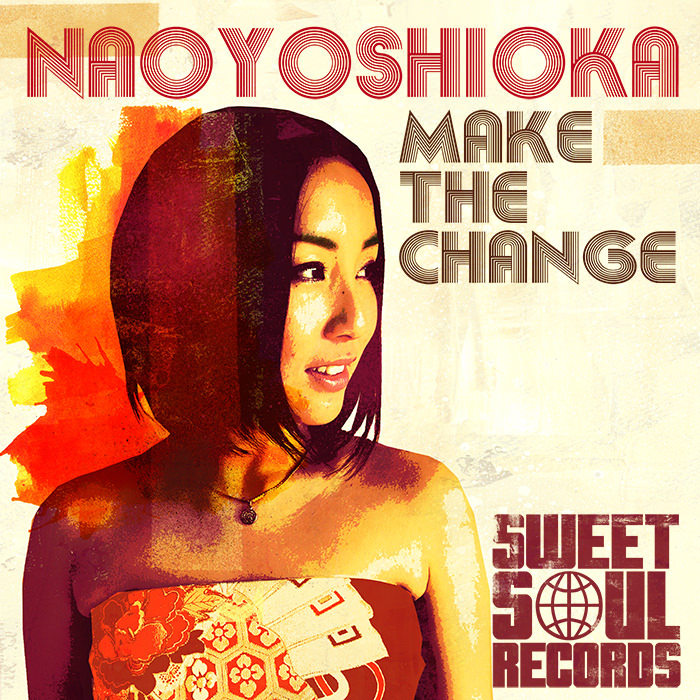 Check out the video for “Make the Change” from Nao Yoshioka, the latest single from her debut album ‘The Light’.

Japanese soul singer Nao Yoshioka combines a powerful voice and New York-powered form of delivery to create a modern flavor still deeply rooted in the history of soul. In the two and a half years from 2009 that she spent in New York, Nao reached the Apollo Theater Amateur Night “Top Dog” round and also made it to the final stage of the McDonald’s Gospelfest from amongst 40,000 entrants.

Nao’s first single “Make the Change” was released on SWEET SOUL RECORDS in 2012. Since then she has gone on to release her debut album and receive praise from well-known names in the music business including Grammy-winning artist Gordon Chambers. In November 2013 when her debut album “The Light” was released, the single “Spend My Life” was featured in a TV commercial that garnered national attention. The album’s title song “The Light” also saw heavy rotation on one of the largest radio stations in the Kansai region (Osaka) FM802.

In May 2014 Nao and Brian Owens, who is also produced “Spend My Life,” made their Blue Note Tokyo debut, taking their place amongst the many talented artists from around the world who have graced that sacred stage, and exceptionally early in her young career… only 6 months after her debut album release.

In addition, in August of the same year she was invited to perform at the 14,000 capacity summer festival “MEET THE WORLD BEAT” hosted by FM802, while already having her sights set on the upcoming Make the Change Tour 2014 in the USA and Europe, performing together with other Make the Change Project members, Brian Owens (US), Quentin Moore (US), and Shirma Rouse (NL).

Nao’s 2nd album, “Rising” will be released jointly in Japan by SWEET SOUL RECORDS and Yamaha Music Communications on April 8, 2015.

The stage has been set for this talented young singer, Japan’s soul music representative, to spread her wings and take flight.