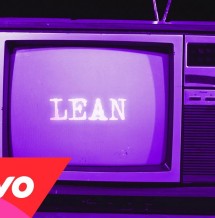 After a four year hiatus, former Interscope Recording Artist Colby O’Donis has stepped back onto the music scene with his new single and music video, Lean, on VEVO. Within just 2 weeks, the video had over 200K hits. O’Donis has shed his teen pop star image and rebranded himself under the new name, O’Donis. Lean is the first of many singles the two-time Grammy nominee will release in the coming weeks as he reacquaints himself with old and new fans alike in preparation for the release of his new album this October. I would love to set up an interview with you!

O’Donis has been working with up-and-coming producer The Composer under the management of Z-entertainment to create an entirely new sound and style of music. The music video for Lean was shot and edited by Drew Kirsch with DK Productions in Los Angeles.

O’Donis has been involved in two of the biggest hits of the last decade including Lady Gaga’s Just Dance, the sixth best-selling single in the U.S., and Akon’s Beautiful. His 2008 single What You Got reached the #14 spot on the Billboard Hot 100 List. O’Donis is already an internationally recognized artist, and his new single Lean is on its way to being a worldwide hit.