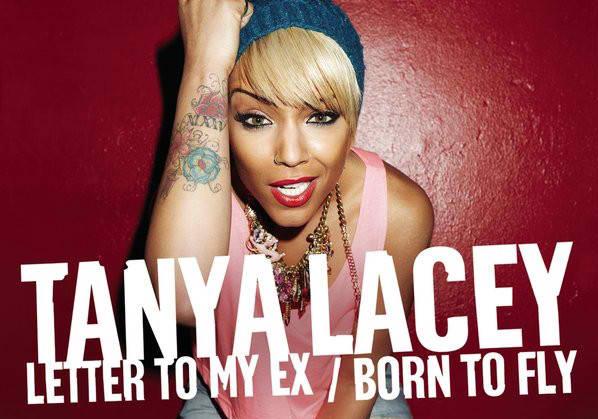 Tanya Lacey boldly made her first official foray into the UK music scene in December with the double A-side single “Letter To My Ex” and “Born To Fly” via Sony UK, and the accompanying videos are now available for viewers in the United States. The tracks showcase Tanya’s diverse soul, hip-hop, reggae and dub influences and have been praised by the likes of MTV UK, and BBC.

The ballsy “Letter To My Ex”, which she refers to as “an uplifting closure song,” is a F-you to former lovers presented as a classic American Pop/R&B song. The empowering “Born To Fly” is a heavy, dubby monster of a track about believing in yourself captured on video as a huge cinemagraph shot- a must see.

The two songs give a taste of the many sides of Tanya; the soulful rawness of a singer-songwriter that grew up in a city steeped in musical history and the badass-Britishness of an artist that grew up in the tough St.Paul’s district of Bristol.

Last fall, Tanya was selected to open up for Bruno Mars on three high-profile UK dates introducing her to arena sized audiences. Already a hot property in the songwriting game, Tanya wrote and rapped on Loick Essien’s #2 UK single “How We Roll” and wrote Jennifer Lopez’s part on will.i.am’s latest single “T.H.E. (The Hardest Ever)” which also features Mick Jagger. Tanya can also tackle covers such as Erykah Badu’s “On and On” and an interpretation of Chris Brown’s single as “He Ain’t You” when further exhibiting her live performance skills.