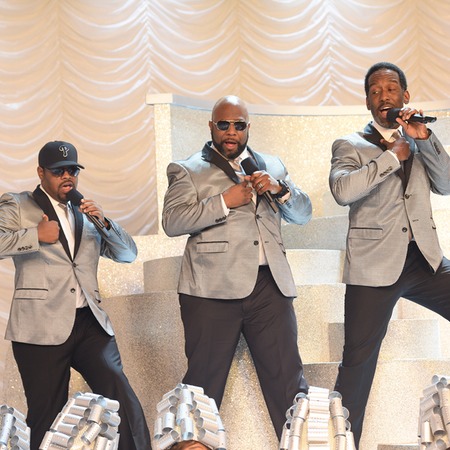 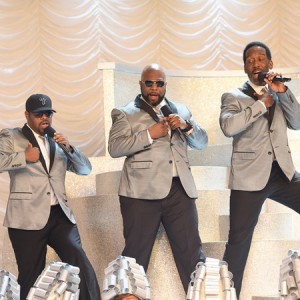 Legendary rnb group Boyz II Men made a special appearance on Grease: Live last night to perform a rendition of Beauty School Dropout to singer Carly Rae Jepsen who was playing Frenchie. As they made their way out in matching silver suits, the trio performed the song which was sung by Frankie Avalon in the 1978 original version of Grease.

Boyz II Men have been active performing recently, singing during their residency at the Mirage in Las Vegas in a set that includes all of their hits. They’ve even joked on Twitter about adding their version of “Beauty School Dropout” to the set they’re performing there.