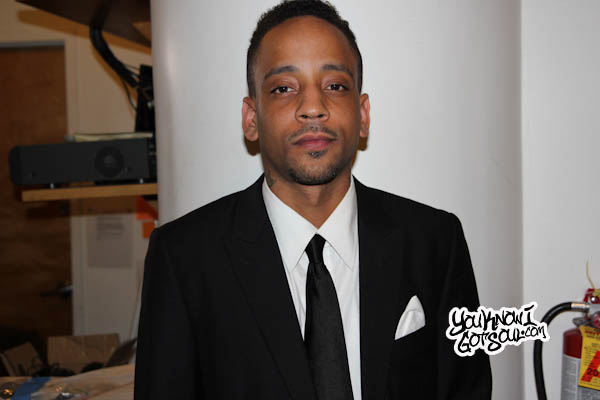 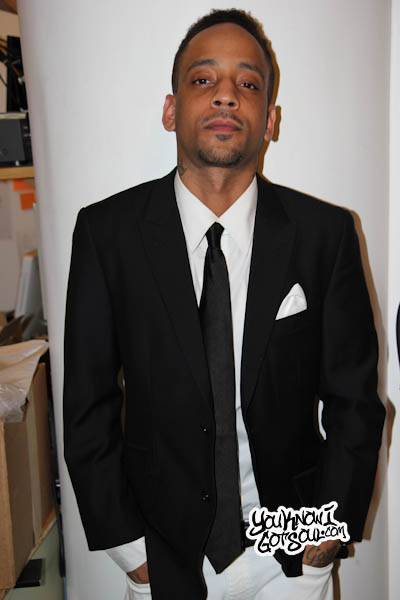 After spending time on Capitol an Def Jam over parts of the past decade, J. Holiday has inevitably gone the same route that most r&b artists are these days: independent. With two Gold singles under his belt (“Bed” & “Suffocate”), the talent level is undeniable, so this move is more to benefit his own career rather than an indication that r&b has turned it’s back on him. He’s currently preparing his new album “Guilty Conscience” for release over the past few months which should give us more of the quality r&b we’ve come to expect from him over the years. In talking with him, he’s definitely on the right track, taking the time to learn the business which is an investment that will pay off in the long run. YouKnowIGotSoul sat down with him prior to his recent performance for our Sol Village show and discussed his journey after releasing “Round 2”, what to expect on his new album, vocal growth, his fan base, and more.

YouKnowIGotSoul: Your last album “Round 2” came out in 2009. What have you been up to since then?

J. Holiday: I was still on Capitol records and at the time, that album just wasn’t handled with care. We had great momentum and everything, but that’s just the nature of the beast. That was just a long journey that I had to go through. After that, I kept booking. I was traveling all over the country and world. I got a chance to see Sydney, Australia and different places. What people fail to realize in the States, especially R&B, is that true R&B has a big fanbase overseas. Even though it’s not as highly looked upon over here, but overseas it’s crazy. It’s like brand new out there. I’ve been traveling and trying to get my politics straight. After I left Capitol, I signed to Def Jam for 2 years. But that was around that the time that LA Reid bounced out to do his thing and he was the one who signed me, so they sort of shelved me. I sat over there for two years and I was like “Yo! This is Def Jam. This is a dream to be on a label like Def Jam.” It just didn’t work out, so we ended up leaving. Basically we just got focused and I had to get all my team in place and now we’re doing it independent.

J. Holiday: It’s a story first of all. For anybody that’s been in a crazy relationship where you’ll just go through your ups and downs especially if you’re dealing with the cheating aspect. This will definitely be a relateable to you and you might even shed some tears to it depending on what songs you’re listening to. “Guilty Conscience” is going to be J. Holiday, that’s all I can say. People always ask me what my style is and at this point, all I can say is that it’s R&B. I don’t know what my style is because one minute I might do something that just sounds like something I would sing and then the next minute I might sing something that Marvin Gaye would sing and it would still sound like me. It’s just good music.

YouKnowIGotSoul: Would you say you’ve experienced growth in your music?

J. Holiday: This is definitely my best vocal album. You’ll hear it. You’ll hear the growth and the difference, but now we’re getting back to more relateable subjects besides just the pretty love songs. We’re talking about the good and the bad on this album.

YouKnowIGotSoul: Talk about your new single “After We…”

J. Holiday: “After We…” is basically a story about a main girl and a side girl. It’s like “I’m with the side girl and I don’t really want to make love.” People are thinking that I’m just talking about sex again, but it’s really part of a story line. It’s more like “I don’t really want to make love. I just want to get it in right now.” We’re talking about the good and bad on this album. Every song is definitely going to tell the story.

YouKnowIGotSoul: You’ve had a couple of major label deals before. What’s it like to be an independent artist?

J. Holiday: It’s cool. Holiday Music Group is working out. It’s harder because you have more responsibilities and you have to be on top of certain things, but it is what it is. It’s better though. It’s a learning process and it makes the artist have to learn the business.

YouKnowIGotSoul: You’ve been able to build a big fan base off your first two albums. Have you found that they’ve stuck around?

J. Holiday: My fans, I will say that I have loyal fans. They stick around and I feel like they hold me down. I try to always be able to relate to some fans and more core fans.

J. Holiday: I appreciate y’all for holding me down. Follow me on Twitter and Instagram @KingJHoliday‎. You already know the next album is going to be crazy because You Know I Got Soul baby!