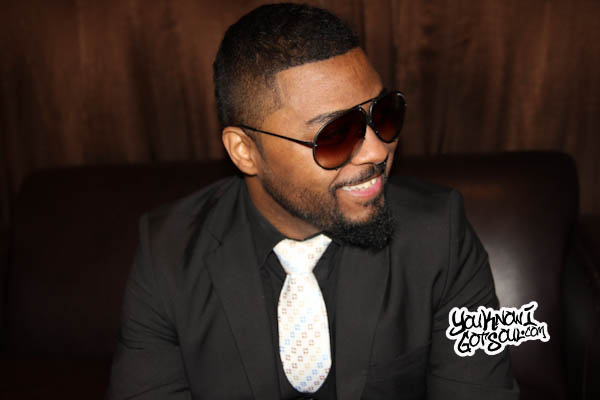 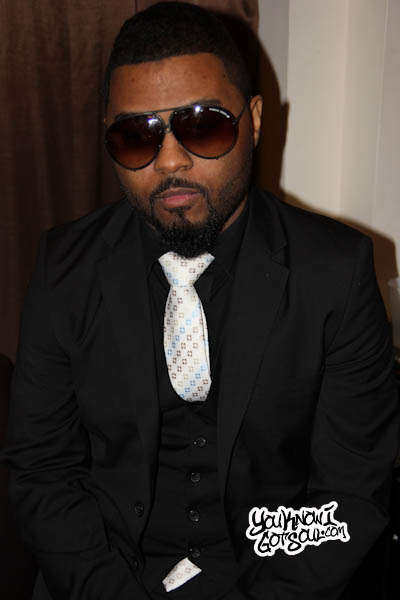 Many were surprised when Musiq Soulchild released the collaboration album with Syleena Johnson, not only because he did a full album with her, but also because it was a reggae album. However, little did they know that this was just the start of Musiq extending his creativity into other genres. Known for his timeless music in r&b/soul, we’ll now see Musiq exploring other persona’s of his personality and giving us something a little different than we’re used to from him. His logic makes perfect sense; he’s just being himself, and why should we stifle someones creativity? We personally applaud him for being brave enough to venture down this path and no longer allowing a label to force his hand. YouKnowIGotSoul sat down with him after a recent performance in NYC and discussed the background on the album with Syleena Johnson, his P Wonda Love persona, other genres we can expect him to dabble in, and what his persona’s are all about.

YouKnowIGotSoul: You put out the collaboration album with Syleena Johnson a few months ago. How was the project received by the fans?

Musiq Soulchild: It was received really well. I think a lot of people were taken by surprise. There’s a lot of stuff going on behind the scenes and it kind of prolonged the process in releasing it. We had a time when we were going to release it and then we had to change it again due to some technical factors. It’s a combination of the element of whatever that is and I guess that would be the con, but the pro of how people responded to it was like “Yo this is actually dope. I didn’t know this was going to sound, but now I get it!” Ultimately I personally feel that in the responses that I’ve been exposed to, they’ve all been pretty good. It’s very encouraging to know that as long as you do good work, people are going to dig it.

YouKnowIGotSoul: Not only were people surprised by the reggae sound, but your decision to collaborate with Syleena Johnson. How did the whole project come about?

Musiq Soulchild: The situation presented itself and it just so happened that her and I were working on the same project. Then when somebody got the bright idea to put us in the studio together, one thing just led to another and then you got this project. That project is a product of me and her just bouncing ideas off of each other. When you put two creative people who love to sing and love music together in the studio, a lot is going to come out of that. It was just dope that the process was happening in a time when something like that could actually been entertained by both of us. Actually, not really. We sort of went above and beyond. I was doing a whole lot and she was doing a whole lot. I was like “Hey let’s give us more work to do!” It was very interesting, but I felt it was supposed to happen because the recording process was dumb easy. We literally recorded it in 9 days, but it was the whole everything afterwards that was not so easy. That’s why you don’t hear about it too much because there’s a lot about it, but I’m grateful that it came out and I was able to work with a friend of mine. I’ve known Syleena for a long time, so I was happy we were able to work together and do something that we both can look back and say “That’s actually not bad” and people can agree with that. I feel good about it and what makes me feel good about it the most is that people dig it.

YouKnowIGotSoul: This was a reggae album. Is that your direction going forward?

Musiq Soulchild: No, that was just something I was doing at the time. It could have been jazz or blues. It just happened to be reggae though. Speaking of directions though, the last time we talked I was hinting at the fact that I plan on doing a whole lot as far as expressing myself creatively. Really soon, well actually I started with one, I’m doing a persona project where I have all these alternate persona’s and I’m associating them with different categories of music and I’m using them as platforms to express myself in different ways musically. I started out with one called Purple Wonda Love and I did a couple of shows. Terri Vaughn has a spot in Atlanta called The Green Room and she was gracious enough to allow me to experiment a little bit. I’m still working on that persona. I got another one that I’m working on and it’s a whole lot fun. It’s so hard to explain it, but it’s basically just something to turn up to. I’m just going hard.

YouKnowIGotSoul: With these personas, people know you before as being the soul guy.

Musiq Soulchild: What people don’t understand is that Musiq Soulchild is a persona, that was the first persona. I wasn’t born with that name. *Laughs* It just so happened that Musiq was the R&B love guy. He’s sort of the romantic guy and trust me, I don’t mind doing that. I don’t mind making music like that because it makes people feel good and it serves a purpose. I feel like I’m doing a good service to humanity by making music like this and I’m grateful that I’m able to do so. However there’s other categories in forms of music that are out there that I love and I don’t feel like it’s reasonable to expect me to stick to one genre of music. It’s like giving someone a coloring book and a box of crayons and telling them to only use blue. I’m like “What about red, yellow, green and orange? I can use these colors too.” And then when they do it, it’s like “Nah just use blue.” It’s a frustrating thing for a creative person. I’m just going to do it and it’s going to be for whoever it is for. If you don’t like it then oh well, it’s not for you. I feel like there’s something out there for everybody and instead of forcing people to listen to R&B, not that they don’t like it but it’s not something they really listen to, I’d much rather make music according to what people to listen to. If you like listening to country music, I’m going to figure out how to make some good country music. I’m going to do that. I feel it’s possible. It’s like being a chef, there’s people out there who love to just stick to one style of cooking, but then you have other people who just love cooking. They just love the art of finding ingredients, making them taste awesome and making people feel awesome. It’s kind of like the same mentality when it comes to music. I love making people feel good about music and it’s only so far I’ll go by sticking to one trick.