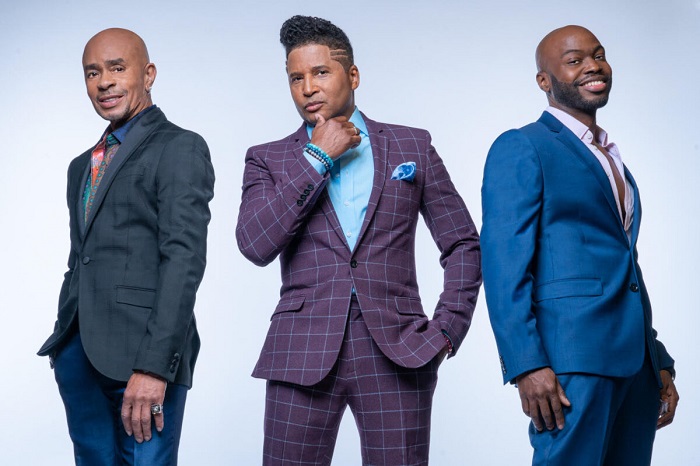 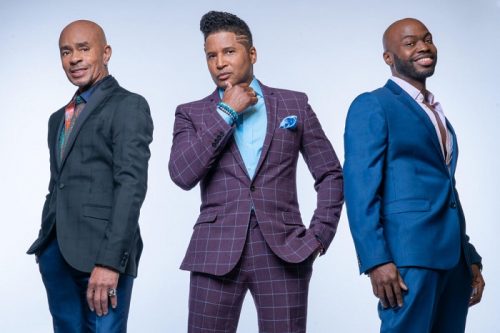 We had an opportunity to talk to veteran R&B group After 7 as they gear up for the release of their upcoming album “Unfinished Business”. The project is of course led by the single “Bittersweet”. We talked to the group about the upcoming music and adding a new member to the group after the passing of Melvin Edmonds. We also touch on their history including the epic string of hits that they had at Urban AC a few years on their “Timeless” album.

YouKnowIGotSou One of the original members Melvin unfortunately passed away in 2019. Talk about the decision to continue with the group and what was that conversation like?

Kevon: I think it was always understood amongst Keith and I that there wasn’t anything else we were going to do without Melvin. We felt like that was the signature sound of After 7 which is the reason why there was no recording for those 20 years. Melvin had not decided it was something that he wanted to do. We gave it some consideration when he was ready to do it. Melvin’s son Jason had been rocking with us for a few years, so when it came down to recording, it only felt right that Jason was a member. He recorded and led a song on “Timeless” and we were just very thankful to have Melvin come in and sing again after that many years. We were able to solidify the After 7 sound once again and we were blown away after we finished the song “I Want You”. Our engineer Paul knows our voices better than anybody and he was played the record. He was like “Y’all still sound the same way” and we were blown away that the signature sound of After 7 still felt intact. I’ll tell you in all of honesty though, even with Melvin Edmonds ready to go, there was some reluctance on my part to record. What makes you believe you can outdo the biggest songs you’ve had? The 20 year hiatus was something that allowed things to evolve. Sometimes things happen in cycles and things come back around. We’ve been the benefactor of this music. There was a time where our songs felt a little aged, but some of the stuff that we were doing is what people want now. The pandemic has given people a sense of nostalgia and they cling onto things that they felt good about. That’s what our music represents. We had this opportunity to come back and do this again. It’s been an unbelievable journey to find ourselves here. I know this sounds crazy, but I’m glad we lost Melvin when we did as opposed to losing him during COVID. We wouldn’t have been able to say goodbye. It was “Bittersweet” like our song. Losing Melvin was difficult, but I knew we had to figure out how to carry on with After 7 music. We ended up making some changes and we ended up bringing Danny in. He seemed like he had the chops and the skill set. He was hungry for an opportunity and we wanted to see what he could do.

YouKnowIGotSoul: What were you looking for when you added Danny to the group?

Kevon: Every individual is different and they’re going to have their own sound, texture and tone. Danny’s tone, his ability to assimilate and get as close to a sound that we were going for. Everybody brings something different to the table, but Danny proved to be a good fit. I think it had a lot to do with the hunger, passion and a willingness to be open and learn what it was that we needed him to learn and how we wanted him to deliver. Danny was eager to figure out what it would take to get this blend. My voice and Keith’s are very much a critical part of the sound of After 7. Keith brings the warm body and Danny has that ability too. People think Danny’s tone is similar to mine, but he can go a couple of different way.

YouKnowIGotSoul: Danny, What’s the feedback that you’ve gotten from the After 7 fans?

Danny: Before After 7, one of things I’ve learned is that it’s very easy to focus on the negatives. Things like that can get you down, but there haven’t been any negatives. If there were, I would really be focusing on the positives and the people that have been embracing me. It’s an honor and I embrace the positives out of it. After 7 fans have been nothing but positive.

YouKnowIGotSoul: The new single “Bittersweet” is a little more progressive than your previous singles. Talk about the new single.

Keith: The song was written by Shakespeare and the track was down by JCash. They’re younger producers and their approach was different for us. They sent us about five or six tracks. “Bittersweet” seemed to have more substance. There were a few more that we could have selected, but we picked “Bittersweet”. When they went in to produce the song, they made it bigger than the demo. I look at their music as vibe music, not typical R&B. With our approach, we weren’t going to change who we are, but the track offered us something different. The track appealed to us because it has old lyrics that talk about love and relationships, but the beat is funky. It opens up to a different group of fans. We didn’t know it would be our first single, but we felt it would make people say “Dang, what are they doing?”. We almost didn’t do the song, but it ended up being the first single. The new album “Unfinished Business” has partners to that single. We have dance music and of course we have the big ballads. We had no idea what we were getting into when we started, but “Bittersweet” is something we’ve very proud of. It feels young and it’s flavorful.

YouKnowIGotSoul: Your last album “Timeless” found a lot of a successful thanks to those Babyface records. It seems like you guys are moving in another direction this time around. Talk about that decision to switch it up.

Kevon: If you don’t take risks, you’re not going to grow. We could do the similar thing and stay in the same place. Nothing is wrong with that, but as artists who have been here for over 30 years, sometimes you want to try something different. Oftentimes, your fans are so hellbent on you delivering what they’re used to getting that they don’t want you to change anything. “Bittersweet” is something different for us, but the reception that we’ve been getting from our fans has been off the charts for us. We had no idea that this record would respond in the way that it has. Having had the opportunity to have done all the things we’ve done over the years with Babyface and Daryl Simmons, it was time. We just felt we had a tremendous opportunity with some young producers and this was the time to go for it.