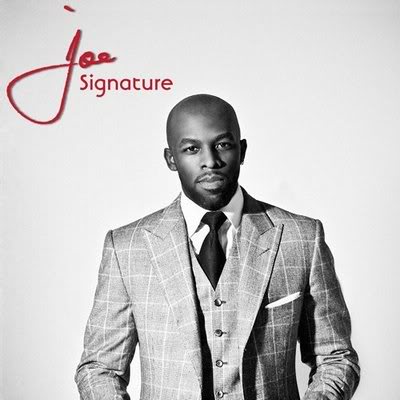 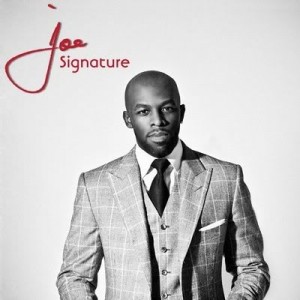 You can probably count on one hand the number of artists who actually write, produce and arrange all or even most of their music these days. Most talented r&b singers will hook up with the hottest producers and writers at the time to find themselves a hit. It’s almost guaranteed that if you look at the Billboard r&b charts at any given time, you will find a song written by Ne-Yo, Johnta Austin, or Sean Garret, or produced by Bryan Michael Cox, Tricky Stewart or Stargate. This is not a knock against these singers, but more of an indication of how the r&b music industry has evolved.

Joe is an artist who fits into this category. Despite having one of the best and most recognizable voices in r&b,most of his songs have been written and produced by someone else. That all changes with “Signature,” which was fully written, produced and arranged by Joe. This is an accomplishment I’m sure he is very proud of, and he should be commended for putting together a project in this fashion after relying on others for so long.

Before getting too far into the album, it’s pretty obvious that something is missing. The ballads made straight for the bedroom that we got used to from Joe are definitely still here, but the writing is lacking. On the first single “Majic,” I had a serious problem with Joe offering to give a girl the “Magic Stick.” Now for a ballad to work, the ability to harmonize is usually more important than clever lyrics. However, when the subject matter is this elementary and based off of a term popularized in hip hop, there is a serious problem.

Unfortunately, it gets worse before it gets better. I found myself scratching my head after listening to “Friends Don’t Let Friends.” In fact, the song is about exactly what the title states, friends not letting friends sleep alone. He also sings in the chorus “I’m feeling you like my throwback.” Is it realistic to think a man would ever make that statement to a woman? C’mon Joe, you can be a little more creative than that. Now I admit, I usually listen to r&b for the overall sound, and I don’t want to turn this into a lyrical analysis, but this is a bit much.

Despite these setbacks, his writing actually does stand out at times on “Signature.” One of the best songs on the album is “Worst Case Scenario,” where he longs for the woman he let get away. This is the type of song we are used to hearing from Joe, a power ballad with him harmonizing on the chorus. The way he croons with his silky smooth voice, he almost makes you feel his pain. Another highlight is “Metaphor,” where the writing is actually very good. Here, Joe describes all of the things he does for a woman which are a metaphor for how he feels about her.

Joe must also be applauded for the production on the album. If you had no idea who produced his previous albums, you wouldn’t notice any difference on “Siganture,” a huge credit to him. A stand out in this aspect is “Come Get to This,” which has a smooth groove feeling fueled by jazz instruments. In addition, the vocal arrangements throughout the album are very well done. “I Miss My Baby” is a good example of this where Joe once again longs for a girl who he let get away.

When looking at “Signature” as a whole, Joe succeeded in creating a project all his own without sacrificing the sound that is typical of his previous work. After being around for so many years, it’s pretty obvious he knows the formula for making a successful album. When you combine his smooth and soulful voice with an album full of ballads, you have great r&b. Unfortunately, what is lacking here is a major hit that he probably could have scored by working with a major production and writing team as he has in the past. On a personal level, this album is a definitely a milestone in Joe’s career, as he has accomplished something few other artists can claim.