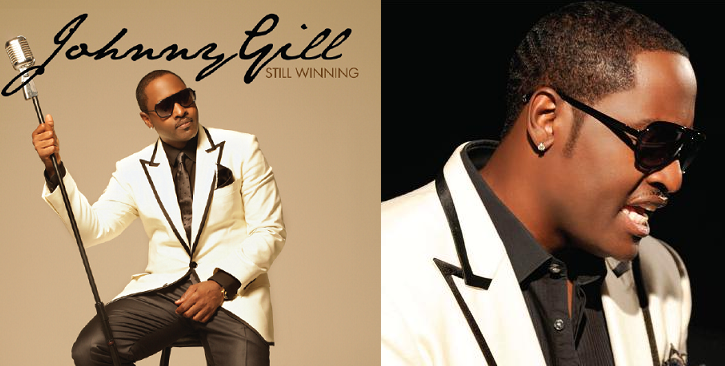 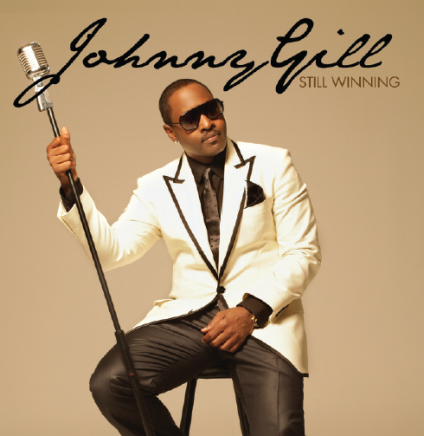 R&B veteran, Johnny Gill, is back with his first solo album in fifteen years. Johnny released his sixth solo project, Still Winning, on October 11, 2011. Although a lot has changed in the music industry since his last release, Johnny remains true to his style. It’s clear that the bedroom balladeer has been taking great care of his voice during his absence from the recording studio. His booming baritone and tantalizing tenor are as rich as ever. Nearly thirty years into the game, JG is ready to prove that he still has what it takes and he’s still winning.

The album opens up with the catchy title track, “Still Winning”. The thumping bass and infectious claps are sure to make you nod your head as Johnny delivers a convincing message to his haters; “28 plus and goin’/you still hatin’ on me/can’t deny this/I’m still shinin’.” Johnny keeps things fresh on “Let’s Stay Together”, produced by one of R&B’s most consistent hit men, Bryan-Michael Cox. Johnny doesn’t just beg his girl to stay. He asks for the whole nine yards; “the kid, house, car and the dog/a joint bank account/girl I want it all”. B-Cox also produced “Long, Long Time” where Gill reunites with former LSG member, Keith Sweat. Eddie Levert (of the legendary O’Jays) fills in for his son, the late Gerald Levert. In this banging slow jam, the guys reveal their true feelings for a secret love. Music enthusiasts might recognize this track as “4 A Long Time”, penned by the late Stephen “Static Major” Garrett. (Click here to read YouKnowIGotSoul’s editorial on the origins of this song.)

Johnny doesn’t stray too far from the sound that his loyal fans have come to expect on romantic ballads like “In the Mood” and “It Would Be You”. The Gill co-produced “In the Mood” serves as the album’s lead single. It’s without a doubt one of those bedroom bangers we’ve grown to anticipate from Johnny. Troy Taylor offers his signature sound to the smooth ballad, “It Would Be You”. This is one of my favorite songs on the album. When I first heard it, I noticed Trey Songz on the background vocals. Trey co-wrote this song and little did I know, it appeared on his “Anticipation” mixtape. Johnny adds a little seasoning to the record and seems more convincing with his gritty vocal delivery. Troy Taylor also produced the mid-tempo, “Just The Way You Are”. Here, Johnny uplifts a woman who isn’t appreciated by her man. He tells her what every woman wants to hear; she’s beautiful just the way she is and there’s no need for her to change. Johnny almost seems to be speaking to the same woman on “Who Is He”, asking her to end her relationship and give a mature man like him a chance.

For one of the more creative songs on the album, “Black Box,” Johnny reunites with production duo, Jimmy Jam & Terry Lewis. After his relationship has suddenly gone South, Johnny wishes he had a black box in order to determine where things went wrong. “2nd Place” is another interesting song. Don’t be fooled by Johnny’s sweet falsetto on this piano driven track. In the song, Johnny painfully admits that the woman he’s with isn’t the one for him. One might assume that Johnny has found his number one girl on the album’s final song, a beautiful remake of Paul McCartney & Wings 1973 hit, “My Love”. Super producers Jimmy Jam & Terry Lewis join forces with James “Big Jim” Wright to give this song a Luther Vandross vibe, making it another one of my favorites. This tender ballad is an excellent showcase of Johnny’s incredible vocal talents.

This has been a great year for R&B and if you’re looking to add some bedroom music to your collection, I suggest you pick up this album. For a man who wasn’t sure if people were interested in hearing new music from him, I’d say Johnny Gill made the right choice. From the sound of things, there’s no question as to why JG is still doing it. He’s doing it because he can. After so many talented singers have come and gone, Johnny is still here and he’s still winning.