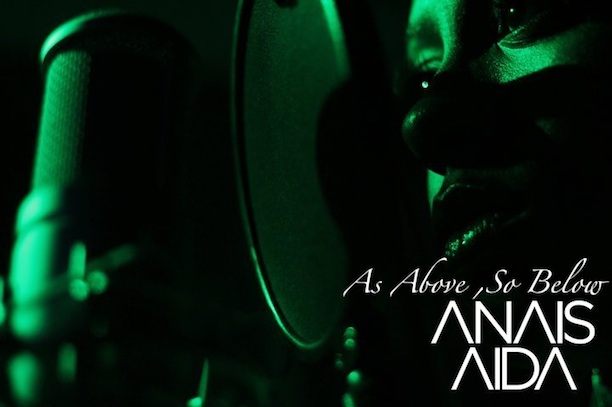 New York, NY (June 2011) After gaining rave reviews and a following in the blogosphere for her intimate cover of Janelle Monae’s “Say You’ll Go”, singer-songwriter Anais Aida is ready to treat you and her newfound fans to some more beautiful, soulful music! Every Friday in the month of June, Anais will release a cover song, leading up to the release of her official first single “Love Can Burn”, written and produced by Alejandro “Arca” Ghersi & Erin Rioux.

The first release in this suite of covers is “As Above, So Below”, originally performed by Grammy® nominated Soul artist, Anthony David. Recorded in a quaint, dark recording studio in Toulouse, France, and armed with nothing more than an acoustic guitar (played by Matt Parad) and a microphone, Anais lets her vocals do the talking in an industry where far too many people are listening with their eyes and not their ears. Check below for a link to video of Anais recording “As Above, So Below”. Anthony David has already gotten wind of the cover, which he’s “REALLY diggin”.