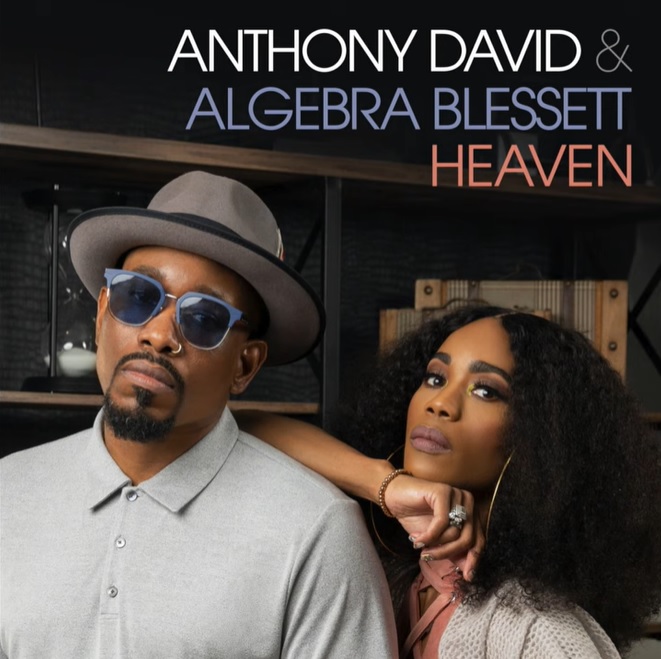 Anthony David and Algebra Blessett have come together for a stirring recreation of the BeBe & CeCe Winans 80’s hit song “Heaven”.

You may remember that these two originally collaborated together over a decade ago when they created the smash hit “4Evermore” in 2011.

This version of the song is noticeably more stripped down than the original and contains the raw emotions of both vocalists. Anthony David adds:

“Algebra and I really enjoy working together, both on stage and in the studio. With us both living in Atlanta our paths are always crossing. We chose this song for our first duet in a long while because it’s a feel good classic we grew up on. I like songs that give a transcendent feeling. When deciding on the arrangement and production style, producer Eddie Stokes and I were looking to strip it down and still retain the deep emotion”.

In addition to “4Evermore”, Anthony also teamed with Algebra on the song “Official” from his album “Love Out Loud”.