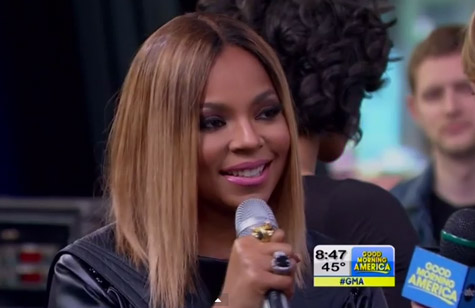 Ashanti continued the promotional run for her recently released album “Braveheart” with an appearance on Good Morning America. While on the show, she performed songs from the album including “Runaway” and “Scars”, as well as a medley of her hits like “Foolish”, “Always on Time” and “What’s Luv”.