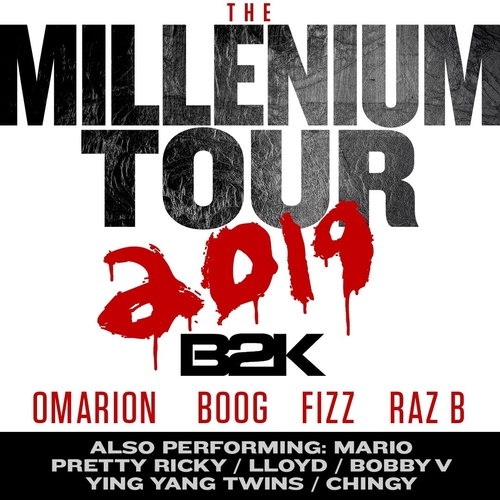 With all of the comebacks and reunions that have occurred in R&B over the past decade, one that has remained elusive is B2K. The group parted ways in the mid 2000s, and have not performed together in well over a decade.

Although each of the members have gone on to have varying levels of success as solo artists, led by Omarion, fans have been clamouring for a reunion.

The big news that has come out today is the group will come back together to perform as part of the Millennium 2019 Tour. They will be joined by an all star lineup from their generation including Lloyd, Bobby V, Mario, Pretty Rickey, Chingy, and The Ying Yang Twins.

All four original members of B2K (Omarion, Lil’ Fizz, J-Boog and Raz-B) are on board for the reunion.

Tour dates will be announced in a few weeks. This is truly a special moment for R&B as one of the biggest names in the genre from the early 2000s has returned.