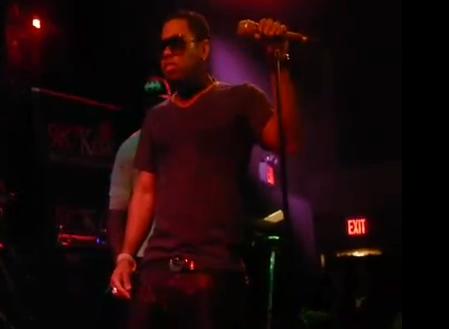 On the promotional push for his upcoming fourth studio album “Fly on the Wall,” Bobby V. came to SOBs in NYC as part of the KISS 98.7 FM “RnB Side” show. In front of a capacity crowd, Bobby took us through many of the biggest singles through his career, his new single “Words,” two cover songs, as well as some of his biggest features. In between songs, he also took the time to talk about how even if fans don’t like his singles, which tend to be on the commercial side to reach radio, he still makes real rnb and his albums are usually packed with this kind of music. Overall, the show was exactly what his fans were looking for and pretty much everyone left satisfied. Below is the set list in order, and I captured each of the songs he performed. The new album “Fly on the Wall” will be in stores March 22nd.