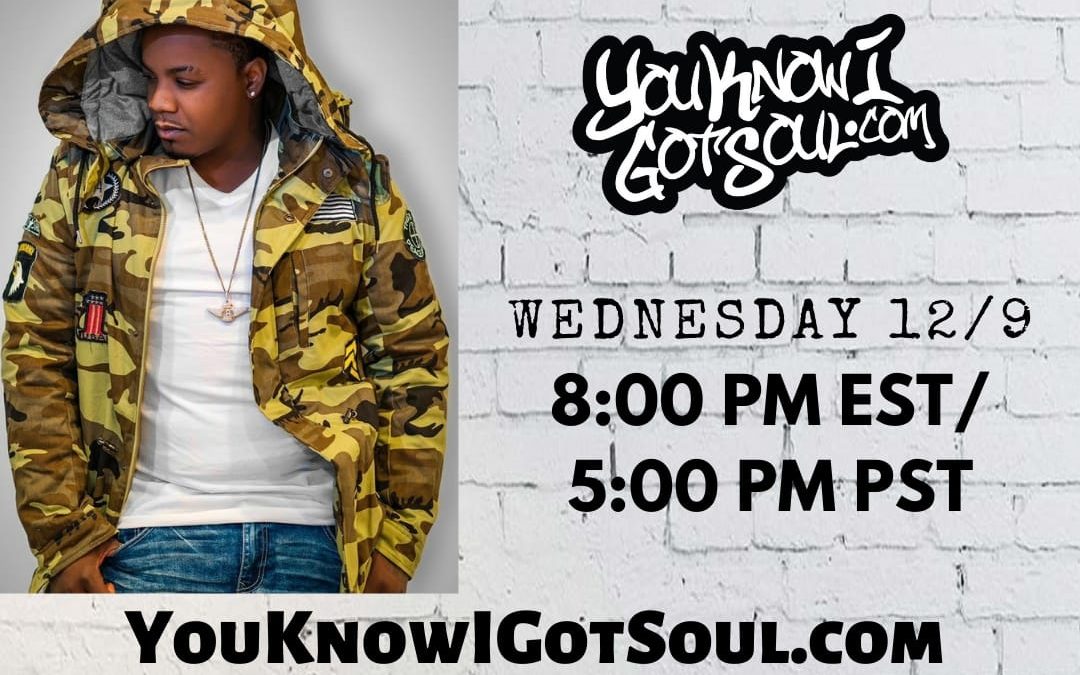 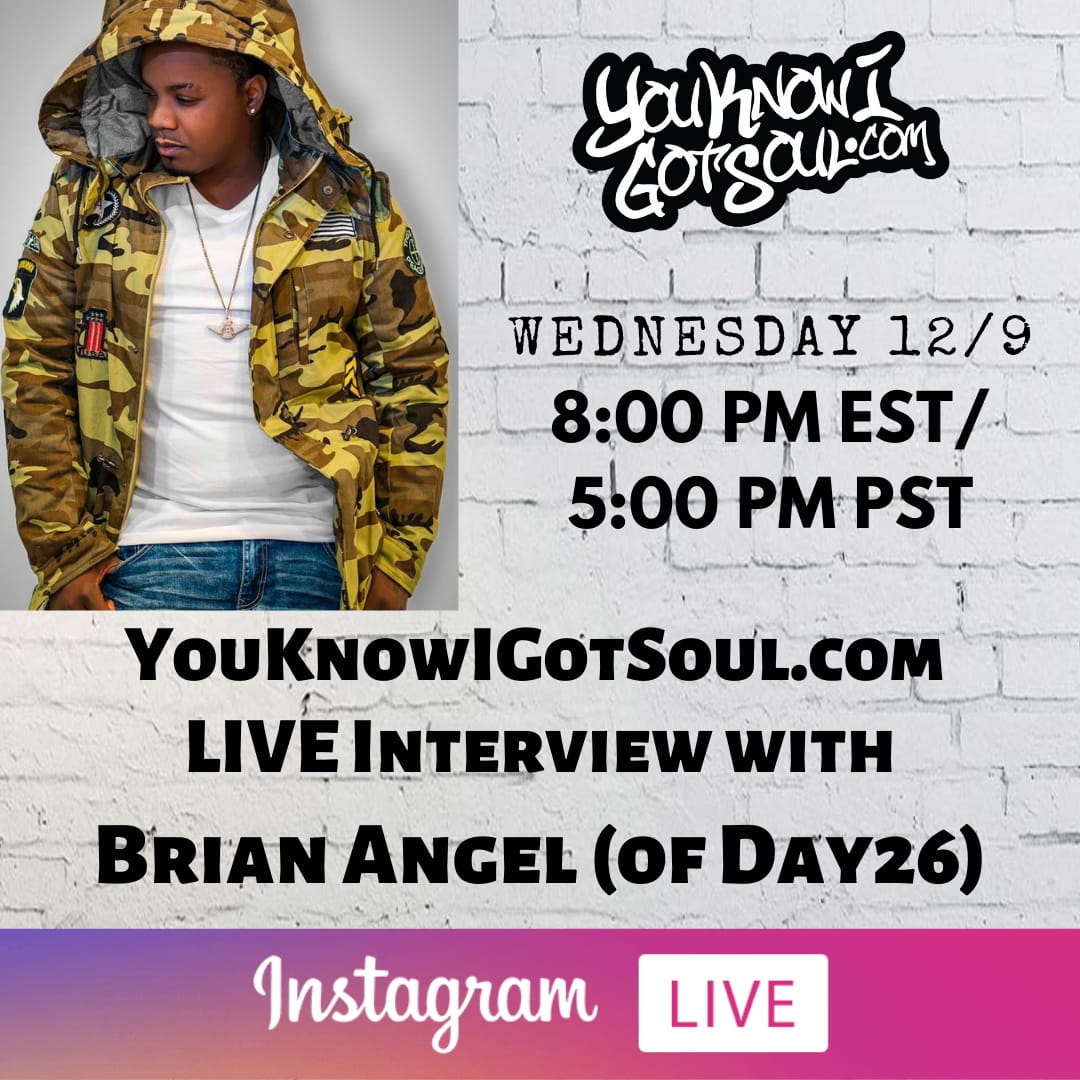 We had a chance to speak with Brian Angel from the group Day26 about his upcoming solo project. We also touch on his history with his group as well his time on “Making The Band”. He tells us some stories about Puffy in the studio as well as what he’s learned up until this point as an artist. Lastly he discusses leaving Day26 and what he has coming up. Check out the interview now!

YouKnowIGotSoul: Talk about the solo project that you’re working on.

Brian Angel: I’m trying to basically define who I am away from my previous situation. We were so different from each other. We lived five different lives, so it’s just me trying to express who Brian Angel is and that’s what I want to see the world to see in me. I’m excited on this project. I got to work with a bunch of amazing producers along with me co-writing. This is definitely the best body of work that I’ve done thus far with the group and away from the group. I can say that confidently.

YouKnowIGotSoul: Some of your solo material has the classic R&B stuff that we’re used to, but we also hear a lot of Hip Hop sounds. Talk about your Hip Hop influence.

Brian Angel: I’m from Houston originally, but growing up I was a huge Method Man and Wu-Tang fan growing up. The Hip Hop to me is a must. I just love uptempos too because you get to swag it out.

YouKnowIGotSoul: We always remember your time on “Making The Band” and just how hungry you were at that time. Talk about that grind.

Brian Angel: The grind didn’t start there. I had gotten deals previous to “Making The Band”. I was on Priority at one point and I also had a deal with Beyonce’s father for years. I learned a lot in that situation. I think everywhere I had gone through up until that point groomed me for “Making The Band”.

YouKnowIGotSoul: What were you expectations when you went into “Making The Band” originally?

Brian Angel: I wasn’t going to do at first. *Laughs* My best friend forced me to go audition because I didn’t even want to do it. I was still in that hood mentality because I was young.

YouKnowIGotSoul: Talk about Puffy’s approach with artist development because we saw it live on TV.

Brian Angel: When Diddy would walk in the room, there was this aura about him that scares you. In your mind, you’re like “I have to come off as a star no matter what I’m doing”. He was very intimidating but I get it. He was trying to see who was who.

YouKnowIGotSoul: What was Puffy like as a label executive? Everyone always talks about him being a genius when it comes to the music.

Brian Angel: We had just completed the second album and we were going through the song selection process. We didn’t get to do that for the first album. We were in his office and we were going back and forth. We had worked with The Underdogs on “Anything But Him” and we did a song with Babyface. I loved those songs and I just knew that we would have been in another stratosphere. He was like “Nope” and I saw the rest of the guys get up and walk out. With Puff though, the madness is always genius. He knows what he’s doing.

YouKnowIGotSoul: Day26’s album came out in 2008. Talk about putting that project together.

Brian Angel: It was frustrating, but fun at the same time. We literally got out of the competition and went into recording the album. Some people were still in that competition mode. Some of us felt some type of way about not singing leads, but I think that album from top to bottom is one of the greatest R&B albums ever put together.

YouKnowIGotSoul: I feel like if the group came out a few years earlier, you guys would have seen a lot more success. By 2008, the music industry started changing and R&B wasn’t at the forefront anymore.

Brian Angel: Timing is everything and I can agree with you. Had the timing been different for us, I think the group would have been in a different situation right now. We probably would have still been together if the outcome was different.

YouKnowIGotSoul: Do you see yourself recording with the rest of Day26 again? I know there’s a lot of business involved, but do you think it’ll ever happen again?

Brian Angel: I honestly don’t know. As of right now, probably not. There’s no ill will towards anybody. I wish the guys nothing but the best.

YouKnowIGotSoul: It’s all good. When we look back at it, we can say that Day26 had two successful albums and that’s something to be proud of.

Brian Angel: Exactly. I learned so much from being in that group. I learned who I am as a vocalist because of them. I never sang with this type of talent before. These guys are amazing and I had to keep up. I learned how to use my voice because of them, especially Robert. He is an animal and he’s my favorite singer in the entire world. Well, K-Ci Hailey is my number one but I don’t think Rob understands how dope he is.