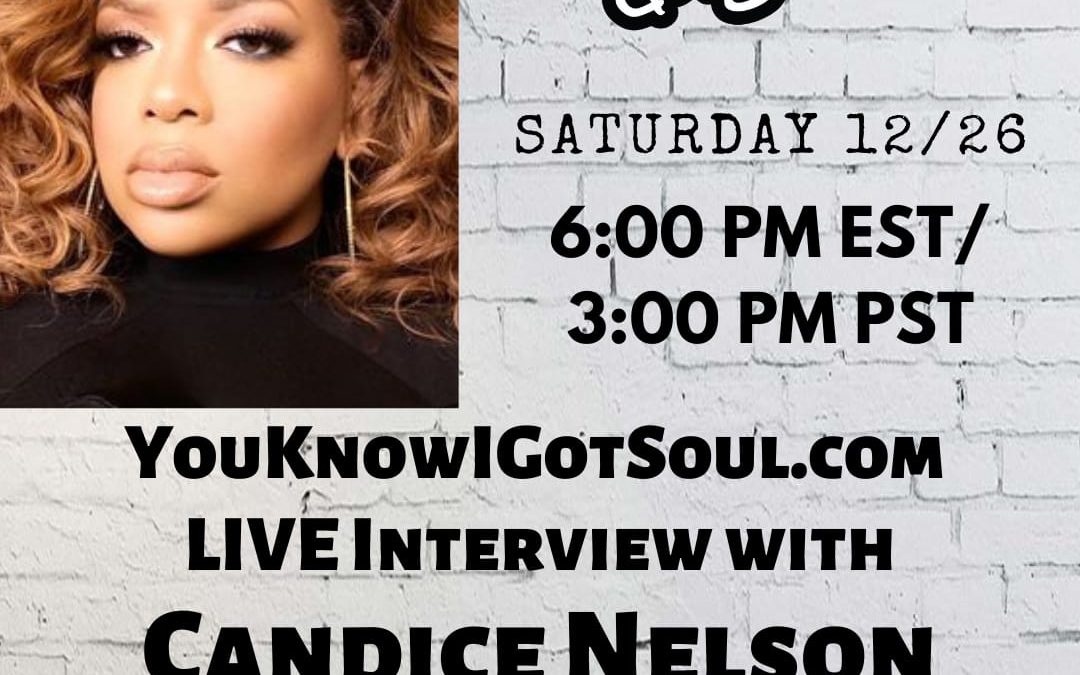 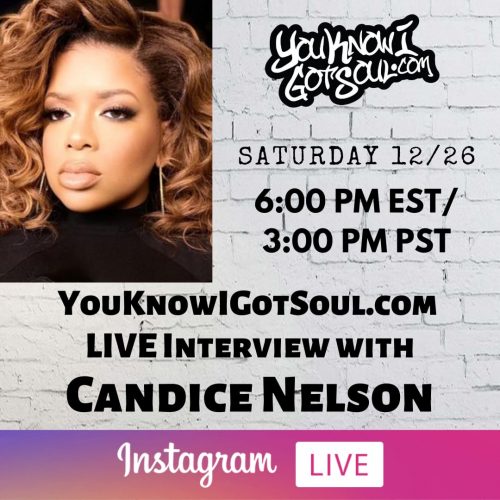 We had a chance to speak with Candice Nelson from the writing group The Clutch. The singer/songwriter is responsible for creating hits such as “Take Me As I Am” by Mary J. Blige, “Like A Boy” by Ciara as well as penning the bulk of Brandy’s “Afrodisiac” album. We talked to Candice about her history in the music industry, some of her biggest hits as well as her upcoming solo project.

YouKnowIGotSoul: Take me back to putting Kiley Dean’s “Simple Girl” album together.

Candice Nelson: We met through Walter Millsap. That’s how I met Timbaland and that’s how I was included on Kiley’s album. We went over to meet them and they were already in session. I was so nervous because I had never met Timbaland before, but I was really excited to create. I believe the first song we wrote was “Just Like That”. Tim reacted really well to it and we really liked it too. It was just a straight ahead song. Some of the other stuff was a little different. The other songs were really fun because we got to talk about what a young women might be feeling in maybe her first real relationship. The tone of songs like “As These Days Go By” and “Simple Girl” were my favorite. Tim kind of laid out what he wanted the album to feel like and I tried to sketch that out to the best of my ability.

YouKnowIGotSoul: How tough was it for you to see that album being shelved by the label?

Candice Nelson: I learned that’s the way it goes. It was still a bummer and it sucked that it didn’t come out. People didn’t get to experience the album the way I think it deserved. Of course you can find it online now, but Kiley is so incredible and we thought we made a really solid body of work. In terms of the label politics, that’s prompted me to start my own company because that’s how it goes. The label is essentially bankrolling everything. I’m not sure what happened in the business of that album, but I just knew we finished it and that was it. Kiley is such a sweetheart. I think I ran into Kiley years later and she had been working on her own music. She was going to be sought after because she’s talented, but I was hoped we got that win together.

YouKnowIGotSoul: You also worked on Brandy’s “Afrodisiac” album and that one was very different sonically compared to other R&B albums at that time. Take me through creating the project.

Candice Nelson: I remember being really excited about that. I had been such a big of Brandy up to that point. I felt everything she had done was phenomenal. We went down to Florida to write for her. The process was so easy because Tim’s production was crazy, Brandy was a vocal wizard and I think hearing those tracks made it difficult to do something regular. It demanded something different from me. Walter Millsap and I wrote all of those songs together and it was so easy for me to do. We would lay down these super rough references and then Brandy would go in and kill it.

YouKnowIGotSoul: One song that didn’t come out is “Black Pepper”. I know you don’t have a copy of that song, but what was that song about?

Candice Nelson: It was a fun song. I know she was talking about just being free and being well put together. She was just popping off a little bit. *Laughs*

YouKnowIGotSoul: When we spoke to J. Que recently, he told us that the creative process for The Clutch was unique. You guy didn’t necessarily write the song together. Instead you guys would write separately and then piece the song together.

Candice Nelson: It was the quickest way to get things done and it just made the most sense for all of us. We didn’t have to be in the same space for the whole time. It was more like a rotation.

YouKnowIGotSoul: It was crazy how you were able to capture Mary J. Blige’s essence on “Take Me As I Am”.

Candice Nelson: I had been the biggest Mary fan. I loved everything about her and I had every album. I had memories attached to her music. We all wrote the song together, but I felt so honored when I had the opportunity to record the demo. When doing demos, I didn’t try to emulate the artist but I wanted them to hear themselves. We wanted to make sure the nuances were there so we could pitch them to artists and that’s something I learned from Walter Millsap.

YouKnowIGotSoul: After The Clutch situation, you and Walter were part of putting together Mindless Behavior. You’ve written hits in the past, but being able to put together a massive teenage group might be even more of an accomplishment. Talk about the magic that went into making that happen.

Candice Nelson: I was talking to Walter and he was like “I got something!”. I wasn’t expecting that though. I got over there and I saw the group and my mouth was open the whole time. They were so driven and super talented. They were well mannered kids that wanted to work in the entertainment business. I was honored to be part of creating the music for them. I’m still shocked, but they presented that to me and I was like “I have to do this!”.

YouKnowIGotSoul: A few years back, you put out some solo music with “Fling” and “Moments”. What made you decide to drop solo music?

Candice Nelson: I felt like I compiled these songs that I really felt really strong about. I felt those songs could be the start of a project of my own. That was “Fling” and I never quite released it. All this has been a learning experience. I didn’t feel like that was the time to release music. By the time I decided to do “Moments”, I had even more music. I wrote a lot of “Moments” with Balewa Muhammad of the Clutch. At that time, I didn’t understand the aspect of pushing a project. I’m a little more educated now than before. I didn’t have the education to push the project in the way that it deserved.

YouKnowIGotSoul: Are you working on a solo project now?

Candice Nelson: Yes! My company is called Low In The Mix. I’ve been building out a solid project. I have a great team and I’m excited. It’ll be really cool. I’m hoping that you’ll be able to pin point more of my influences on this body of work. You’ll be able to hear it by Spring.