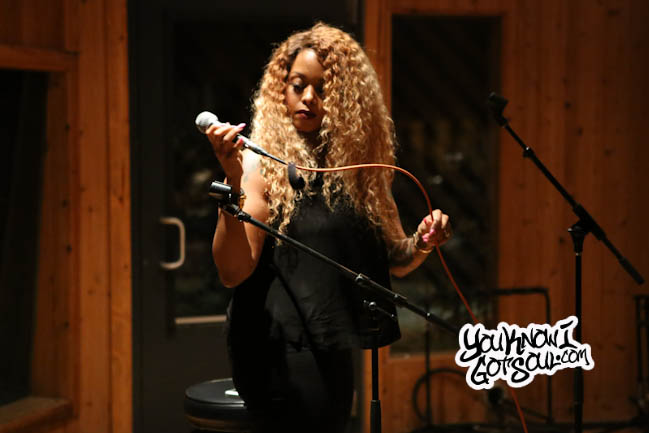 Last night at MRS Recording Studios in Midtown Manhattan, Chrisette Michele held a listening session to introduce her upcoming album “Milestone” to the press for the first time. The singer entered the room and took the microphone, thanking everyone for coming out and beginning to explain how important this album is to her career.

She began to discuss how the “Milestone” album is 10 years in the making; it began at the start of her career with her manager who she had a falling out with and eventually became her fiance. The journey through the industry to finding love and getting married soon really inspired the music on “Milestone”.

The music is progressive but doesn’t sacrifice her integrity. As Chrisette explained each song on the album and the effort that went into the writing, you could tell this was going to be her most personal project yet. Following the “Steady Gang” mixtape, which was very trendy, we weren’t sure what to expect, but Chrisette managed to blend her classic sound with some of the current sounds that inspire her to create a fresh sounding album. There is only one collaboration we heard and that was with Rick Ross; who she fell out with after “Aston Martin Music” and recently reconciled with.

“Milestone” will release a week from today on June 10th, 2016 and is available for pre-order now.