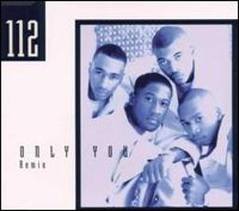 “Only You” was the first single by R&B group 112 back in 1996. The song would peak at #3 on the billboard r&b charts and stands as one of the groups biggest songs. The group is currently working on their sixth album which is due for release sometime in 2010.