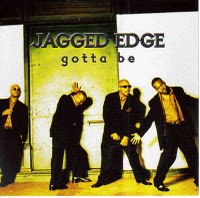 The second classic R&B song of the day is “I Gotta Be” by Jagged Edge from their debut album “A Jagged Era.” Interestingly, there were two videos shot for this song; the second featured the original four members of Destiny’s Child. The group is working on their 7th album titled “The Remedy” which will be released some time next year.