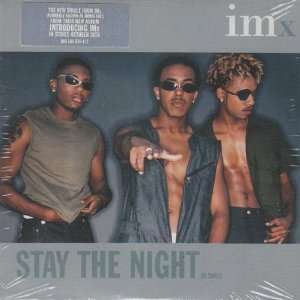 “Stay the Night” was the only single released from IMx’s (formerly Immature) fifth album “Introducing IMx.” These were the days when Marques Houston went by the nickname “Batman,” and you could see in the video he’s wearing the Batman mask. Since the group broke up, Marques has gone onto have a fine solo career, Young Rome has released an album of his own, and LDB has not been heard from.