Classic Vibe: Monica "Angel of Mine" (1998) (Produced by Darkchild) 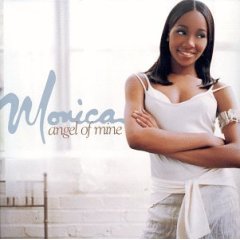 “Angel of Mine” was a remarkable third Billboard #1 single in a row from Monica off of her “The Boy is Mine” album. The song is actually a cover of British r&b group Eternal’s song but with altered lyrics. She currently has a show on BET called “Still Standing” and plans to release an album of the same name in 2010.