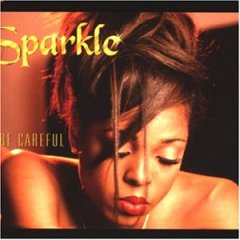 Sparkle landed a #1 Billboard hit with “Be Careful” from 1998 which spent six weeks atop the r&b charts. Her self titled debut album would go platinum, most in part to this single and her association with mentor R. Kelly. She has a new album planned for 2010 called “Split Decision.” Shouts to Marlene for today’s selection