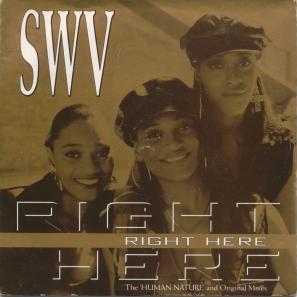 I guess you could say I’m partial to this song because of the sample of Michael Jackson’s “Human Nature,” one of my favorite songs of all time. What’s often overlooked about this song is a very young Pharrell Williams chants “S Double U V” at one point during the track; as a member of the Neptunes he produced two songs on their “The New Beginning” album. “Right Here/Human Nature” was a #1 single and one of the biggest hits for the group. They are currently back together but have yet to release an album since the late 90’s.

Shouts to Marlene for today’s selection.