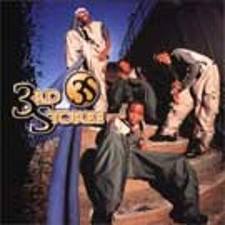 The group 3rd Storee was formed in the late 90’s made up of four teenagers trying to follow the mold of the Jackson 5 and New Edition. Eventually, they were signed by Tracey Edmonds (former wife of Babyface) to her Edmonds Entertainment label. Babyface actually produced five tracks on their debut album, including the first single “If Ever.”