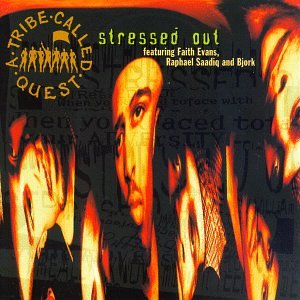 In a direct contrast to their uptempo, cheerful, positively vibed “Midnight Marauders” album, “Beats, Rhymes and Life” featured a more darker tone and was a marked departure from the groups earlier style. It also featured rapper Consequence, Q-Tips cousin, extensively on the album with less of Phyfe Dawg. In fact, Phyfe was not even featured on “Stressed Out” but recorded a verse only when a video was decided to be shot. The album also features production extensively from now deceased producer J-Dilla.