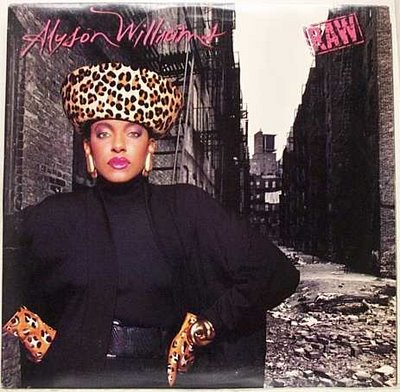 Russell Simmons recognized the vocal skill of Alyson Williams and signed the versatile songstress to his Def Jam label in the 1980’s. Even though this song was not Alyson’s highest charting hit, she is most known for this mesmerizing ballad from her 1989 Raw album. Alyson’s unique vocal approach combined with the riveting arrangement is sure to soothe your soul and your worries. The beautiful four part harmony that you hear on the backing vocals are compliments of Phillip Ingram (co-lead singer of the R&B band SWITCH.) I recently caught up with Phillip Ingram and he indicated that he co-wrote this song and cut the demo in 1984. Five years later, the song ended up in the hands of Russell Simmons and the rest is history. “Just Call My Name” remains a fan favorite and is still played on many of today’s quiet storm formats.