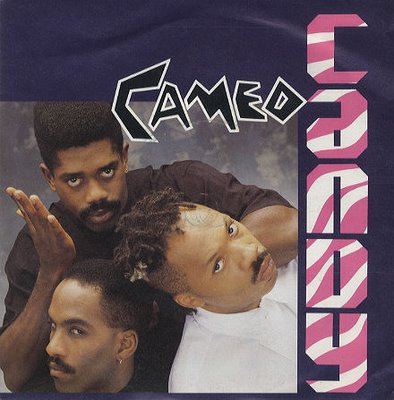 “Candy” was a hit single by Cameo that reached number one on the Billboard r&b charts back in 1987. The song has been sampled numerous times over the years, including: Will Smith “Candy,” 2Pac “All About U,” and Mariah Carey “Loverboy.” What’s interesting about the group is, they initially started out as a 13 man group which is pretty much unheard of in this day and age. Believe it or not, the group still actively tours with at least five of their original members.