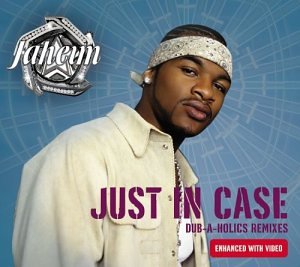 “Just in Case” was the biggest hit from Jaheim’s debut album “Ghetto Love” back in 2001. He’s always had the voice of Luther Vandross, but kept things different by singing about the hood side of love throughout each of his albums. I won’t criticize him at all, since that’s who he is and that’s the environment he came from. His fifth album “Another Round” will be in stores February 9th.