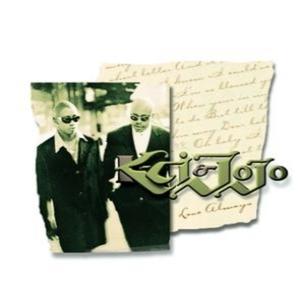 Hey wuzup everybody!! this is your boy SG checking in!! I’ve been a fan of the site for some time now and I have been fortunate enough to be invited as a Guest Editor on YKIGS by DJ Slam. I will be bringing you a blast from the past every Thursday with “Classic Vibe Thursdays.” For any requests, hit us up on Twitter @TheDJSlam and @SGBIZz. Today’s pick comes from a fantastic duo that have influenced the music industry in a MAJOR way since they came out with their group Jodeci in the early 90’s. K-Ci & JoJo’s “How Could You” was released in the Summer of 1997 on their classic “Love Always” Album. Nowadays You can catch K-Ci & JoJo on their new show “Come Clean” on Centric. We hope that they get their stuff together and get back to record that timeless music that we all used to and still love!!