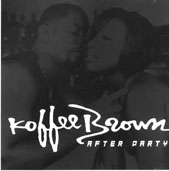 Every group has a different story about how they met and came together to start making music. For Koffee Brown, they were actually put together by Clive Davis (founder of J Records) who suggested that the duo would make a good group together. After their debut single “After Party” and first album, the group would fail to really make an impact. Vernell, the female in the group, is also known for adding her vocals to Case’s “Touch Me, Tease Me” and Next’s “Too Close.” The group has been inactive since releasing their debut album “Mars/Venus.”