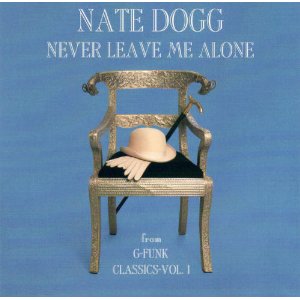 While it’s easy to discount Nate Dogg as a solo artist because he’s been on so many major hits as a feature, to his credit he has released three albums of his own over the years. If you were unaware of this, I can’t say I blame you because those releases failed to make much of an impact and remain obscure today. This is my favorite single that Nate Dogg put out called “Never Leave Me Alone” from his debut album “G-Funk Classics, Vol. 1: Ghetto Preacher” in 1997. As you can see, it’s an obvious change from the hardcore style lyrical content he sang on most of his guest appearances.