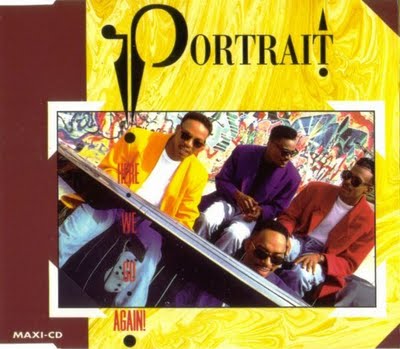 I really don’t know much about the group Portrait since after their self titled debut album in 1992, featuring minor hits “Here We Go Again” and “Honey Dip,” they pretty much faded from sight. They came up during the New Jack Swing Era of r&b but failed to achieve the success of some of their colleagues. Fun Fact: They appeared on an episode of a personal favorite show of mine “Family Matters” to perform “Here We Go Again.”