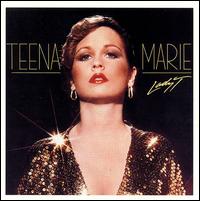 Today marks the one year anniversary of Teena Marie’s untimely passing.  As a trailblazer in the music industry, I don’t believe Teena Marie ever received the level of credit that she deserved.  From “The Brockert Initiative” to becoming one of the first artists to rap on an R&B track, Lady T’s legacy lives on.  One of the things that stood out about Teena Marie was her versatility.  She wasn’t just an incredible vocalist.  She was an amazingly talented writer, producer, arranger and instrumentalist (which was rare for a female artist of her time.)  “Aladdin’s Lamp” is one of my favorite Teena Marie songs.  The production and the way in which the saxophone echoes her lyrics at the end of the track hit you at the core of your soul.  The song was written solely by Teena Marie and she co-produced it with Richard Rudolph (husband of the late Minnie Riperton.)