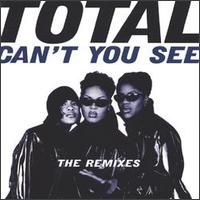 The official “Bad Girls” of Puffy’s Bad Boy Record label, Total released their self titled debut album in 1995 which produced five top 10 r&b singles. After releasing one more moderately successful album, the group disbanded around 2000 and has no plans of getting back together. I always hoped they would get together for another album at some point because I like their stuff, but I guess it was not to be.