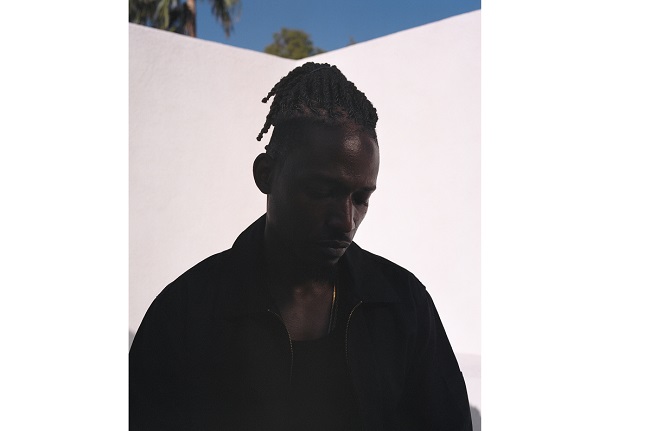 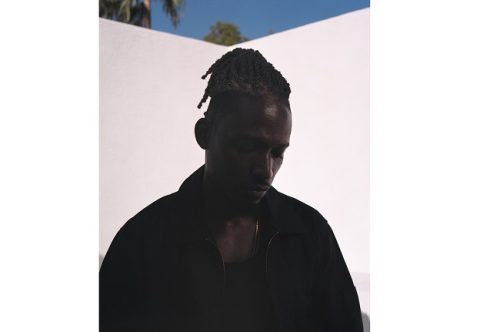 Davion Farris has been grinding in the industry for a good minute now. After spending the early parts of his career penning songs for the likes of Ginuwine, Mary J. Blige and Tyrese, Davion is ready to follow the same path as his brothers SiR and D Smoke and make it as a solo artist. He made some noise with his record “Sometimes” which was placed on the TV show “The Chi”. The vulnerable record got such a good response that it led to a major label deal with Hillman Grad/Def Jam for Davion. We talk to the talented artist about his journey, his challenges early on in the industry and Tyrese being one of his biggest co-signs. We also spoke to him about his upcoming music including his upcoming single “Bad Guy”.

YouKnowIGotSoul: Talk about your musical journey leading up to the latest single “Sometimes”.

Davion Farris: It was interesting because me and my brothers grew up in a time where there was a lot of heavy instrumentation and old school music. Our parents weren’t super fans of the 90’s as much as the early 80’s and 70’s. At the time when we were going to be R&B writers and producers, I felt like there was a time when R&B was shallow. It wasn’t cool to be vulnerable and it was more about “This is how many girls I’ve got”. That’s an art form of its own and I’m not saying it’s better or worse, but that wasn’t the type of music we were accustomed to. We were out of our element for a little bit. It made us really do soul searching as creatives because for every creative, you go through “Why is it that what I want to make isn’t the thing that’s universally accepted?”. I would have to say that my brother SiR was the first one to stick it out and continue to put out his type of music. He was like “Fuck that, I’m not going to put myself in somebody else’s box”. He put out this soulful R&B and people connected to it. He paved his own path and my cousin Tiffany Gouché did the same. D Smoke was already making strides as an artist before “Rhythm + Flow”, but it showed he was ready and it was the best stage to show that he was a final product. Around that same time, I also decided to release my own music. I released two projects and I also performed a lot in LA. This year, I decided to bet on myself and started to submit my songs to film and television. I landed a couple of songs on The Chi and that got Lena Waithe’s attention. We started having conversations and we placed another song which happened to be “Sometimes”. I have to shout out Big Tank because he challenged me to write a song that wasn’t about love or relationships. “Sometimes” went big and then it was “Let’s get this paperwork and not waste time”. I have to shout them out for both believing in me and taking a chance on me.

YouKnowIGotSoul: It’s cool to see that things are starting to move for you and your brothers. That took quite some time though, so was that frustrating for you while you were grinding for so many years?

Davion Farris: It’s an interesting thing because you have to not let your ego get in. That’s what really starts to bother people. You start questioning whether you’re good enough. I understood that I was making music and mastering it. I had to wait for the time when it would be accepted. I watched my brothers do their thing and there’s no jealously. I love my brothers and every ounce of success that they have, I hope they reach a new level. For me, it was just about understanding that my time was going to come and I had to be consistent. What I did do was I stopped submitting songs for other people. I started to be greedy and stingy with my art and I think that’s what changed everything.

YouKnowIGotSoul: Tyrese recently said that he doesn’t feel he’s made it until you blow up. What people may not know is that you were heavily involved in the creation of the “Black Rose” album. Talk about those moments being in that R&B bootcamp.

Davion Farris: You just inspired me because I might do something like that. That was an amazing time. SiR and I were engineers. We weren’t brought in as writers. On the way out to Arizona, we stayed up on the bus and played our records for the producers while the writers slept. The producers knew that we could make some good R&B. That was dope building a rapport with the producers. Once we went out there, we pulled Tyrese to the side and we were like “Is it cool if we submit songs?”. Tyrese was like “As long as you’re doing your jobs as engineers, then for sure you can write records”. For a month we worked 20 hours a day and it really developed us. We made some dope relationships and earned a lot of respect. I ended up with 7 songs on the album and SiR ended up with 3. Our boy Kenyon Dixon was in that camp as well. Tyrese definitely has an eye for talent and when he believes in it, he gets behind it. That was an amazing opportunity for all of us.

Davion Farris: You can expect some real stories and heartfelt content. It’s going to be music that resonates with the heart. There’s going to be a lot of live instrumentation as well. You’re going to hear a lot of that and a lot of singing. There’s a lot of rap singing going on and again, there’s nothing wrong with it. It’s the shit that I can’t do and it’s dope. What I do is sing and I love doing that. We have the new single coming out in February called “Bad Guy”. I did an acoustic performance of it recently. I’m confident in this record and that people are going to feel it.