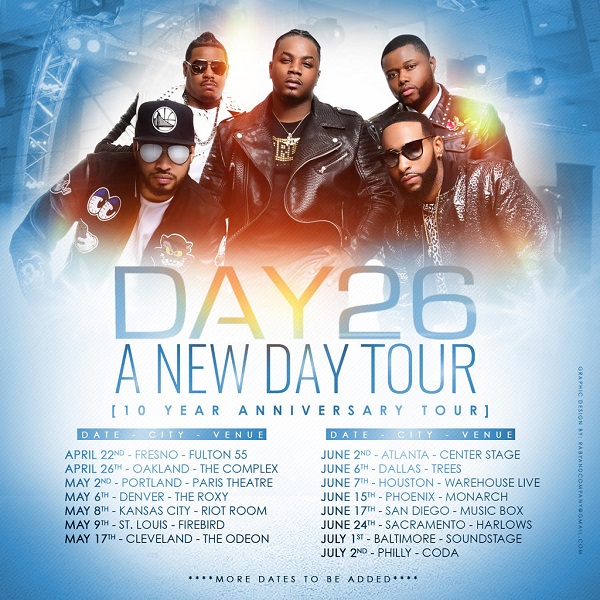 “A New Day” will be released Spring 2018 via 826 Boyz and Empire Music. The group first gave their fans a tease into the album with the single “4 Shots”. The club banger written and produced by Edimah Entertainment, who as the album co-executive producers.

“This journey has been a roller coaster consisting the up’s and down’s, but we thank God for his vision with Day26. For he is the almighty, and we just thank him for this next chapter of our lives. This Tour is about to be electrifying, inspiring and just not stop entertainment!!” – says DAY26’s Willie Taylor.