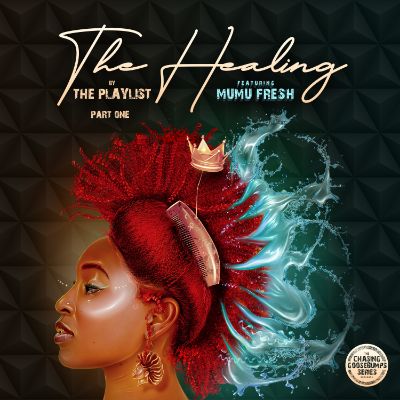 It was just a couple of years ago that DJ Jazzy Jeff gave us the stunning “Chasing Goosebumps” project which originated from his annual PlayList Retreat. Each song features the vocals of Glenn Lewis and the project was truly a work of art.

Jeff returns with the release of another project from his recent PlayList Sessions and this time it features the vocals of Maimouna Youssef a.k.a. Mumu Fresh. He releases a single triad that includes the songs “Bitterness,” “Let’s Eat,” and “Chasing Rainbows” for the latest installment of the Chasing Goosebumps series called The Healing.

Mumu adds about her involvement in the project:

“Each song is different and gives you a little hip hop, R&B, and funk…this music is not only meant to be heard but to be enjoyed. The topics range from the complexities of being a woman (love, relationships, respect) to the social and civil injustices that plague our community. All these things make up who I am and who I represent as a whole.”

Executive produced by DJ Jazzy Jeff, The Healing is an introspective look at who Mumu Fresh is an artist, activist and most of all a woman. Handpicked by DJ Jazzy Jeff, the project features writers, musicians, and producers that include Grammy-Award winning writer-producer Carvin Haggins, Eric Roberson, Kenny Dope, Mac Ayres, Muhsinah, Terry Hunter and more, as well as writing from Mumu herself. Over the next two months, three more triads will be released culminating in the full release of this 12-song masterpiece.