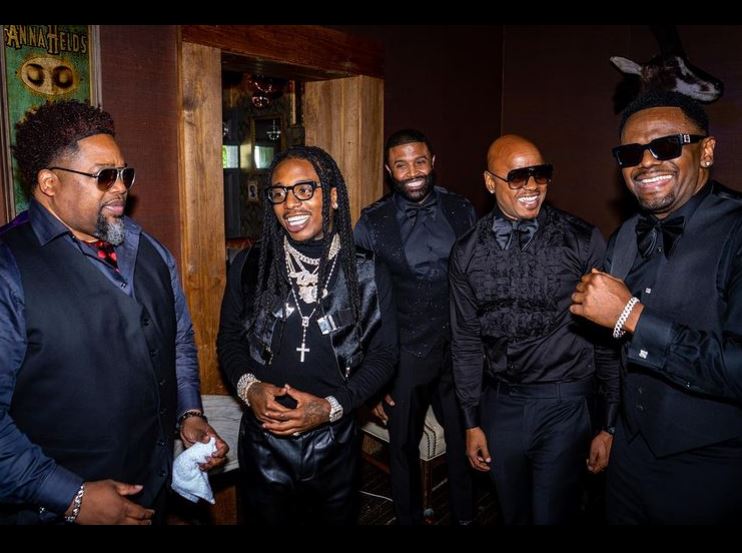 Check out the visual for the all star remix to Donell Jones’ single “Karma”.

He is joined by Carl Thomas, Dave Hollister, R.L., and Jacquees on this dynamic version of the song that originally appeared the “100% Free” album. The song is not only special for the exciting fact of having all of these great artists together, but this was the first song released that RL both wrote and produced.

It’s great to see the crew all together in the video, suited up and celebrating life.

Also in case you missed it, Donell recently announced that he is forming a group called “The Chi” with Carl Thomas and Dave Hollister.