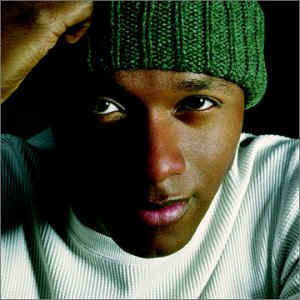 This Underdogs produced gem was included on Javier’s debut album back in 2002. As he mentioned in an interview we did with him earlier this year, he never felt that r&b was his main style and was kinda pushed into it by the label, and he was more into the acoustic soul side of things. Here’s what he had to say:

Javier Colon: It’s not that I didn’t want to do any r&b at all; I feel that my style and who I am is a mixture of a bunch of different things. My first album was closer to what I wanted to do it’s just that it was marketed in a way that they were throwing me in this r&b box and they didn’t really market it to anyone else but the urban mainstream market. I really would have loved for it to have a chance in the pop world or in mainstream adult contemporary music but it was never given that chance and it never saw the light of day on that side of things. Then when that record do what they wanted it to do, they told me I’d have to go real r&b and make the next album even more so in the r&b direction. I’m an r&b fan and I love r&b and a lot of the way I sing is because I’ve listened to r&b for so long, but that doesn’t mean that it’s all that I’m about and I kinda wanted that to be known in my music and unfortunately because of the way that it was marketed, it just didn’t have the chance to grow outside of that.