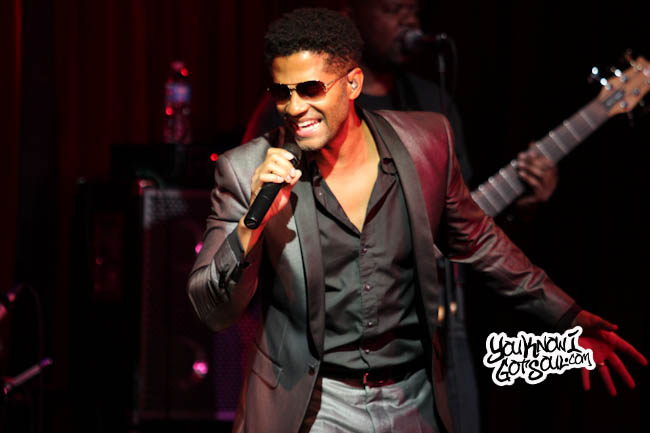 Eric Benet is at the height of his career, and doesn’t appear to be slowing down anytime soon! Performing last night in NYC at B.B. King’s, he made the huge announcement that he had recently signed Calvin Richardson and Goapele to his Jordan House label. That along with the fact that his latest release “The One” (the first album on his own label) is still going strong, made this night a celebration. Eric came out to the stage, performing his hit “Love Don’t Love Me”, followed by his 1996 single “Spiritual Thing” and “The Hunger”. He then said many may have heard the rumor of his obsession with women, and claimed he was hear to prove it true, going into “Chocolate Legs” and even grabbing a fans cell phone from the front row who had been recording and singing directly into it. This was followed with a special performance of his number 1 single “Spend My Life With You”, for which he dueted with his background singer Candice Boyd, a recent signing to Ne-Yo’s Compound label. Eric made mention of the fact that a few of his background singers over the years had gone on to have careers of their own, including Mary Mary and Leah LaBelle. He rounded out the set with the singles from his latest album, including “News For You” and “Runnin”, and closed out with “Sometimes I Cry” and “Georgy Porgy”. This marked another successful showing in NYC for Eric Benet, who although has over 15 years in music now, appears to be just getting started. 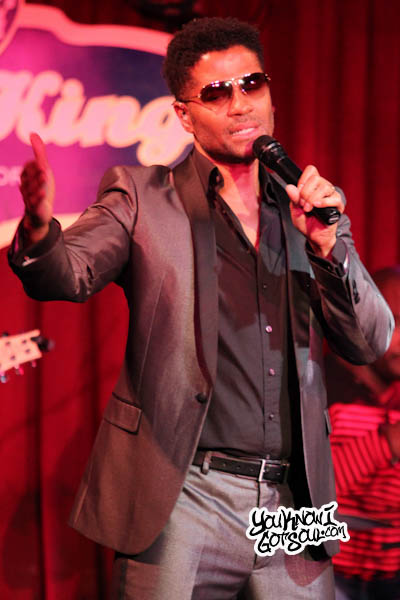 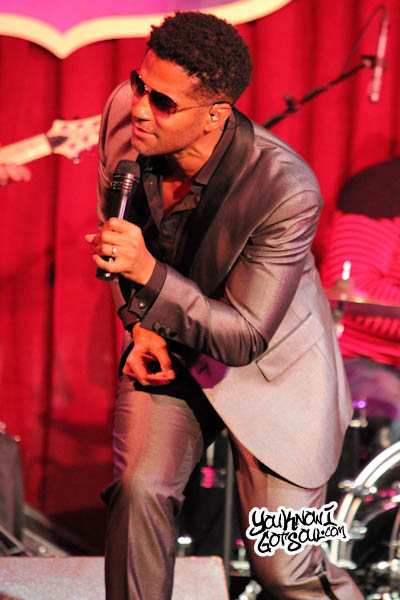 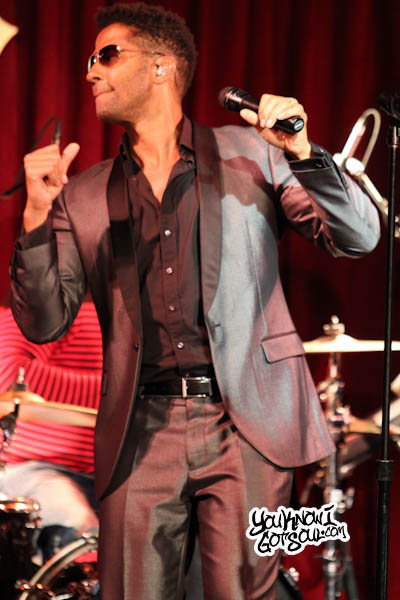 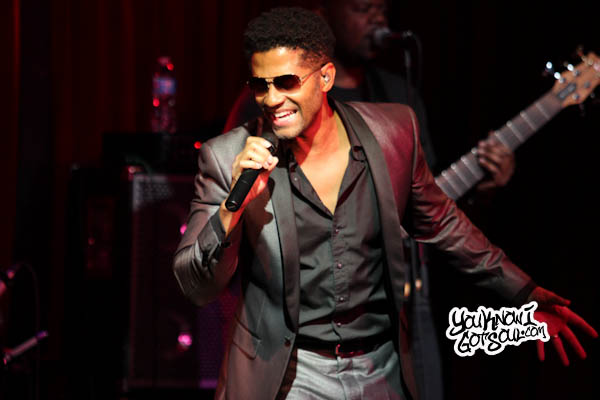 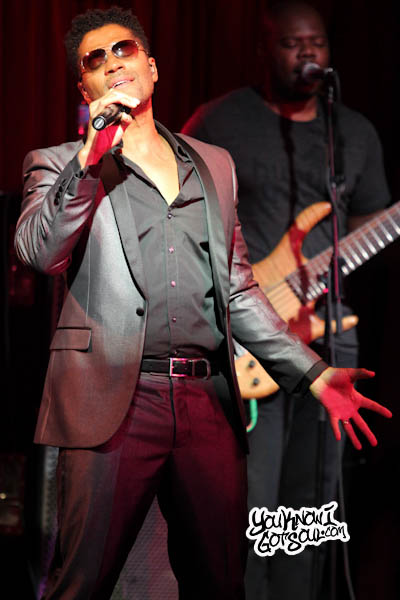 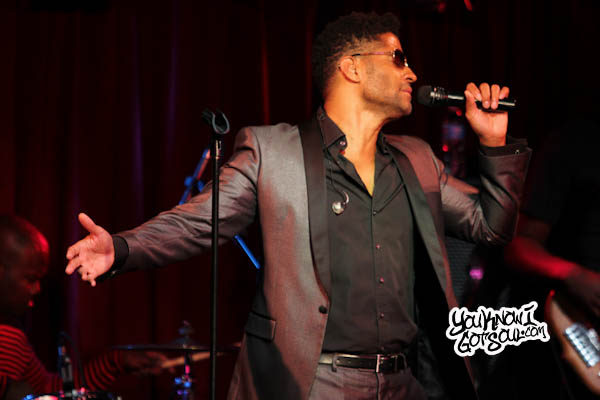 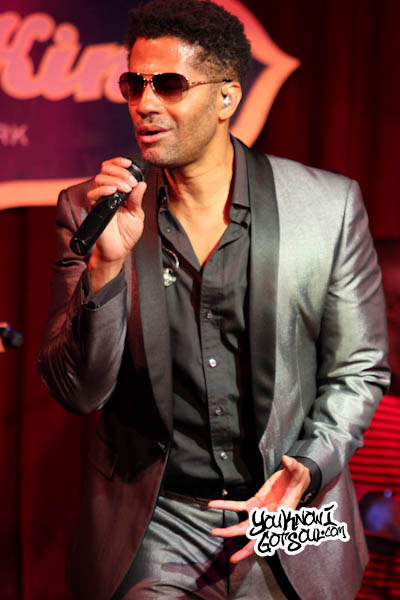 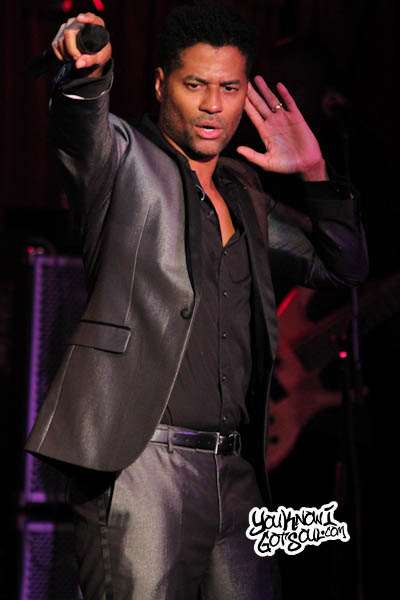 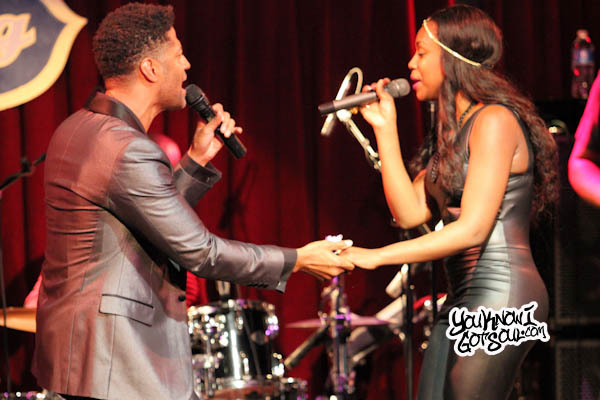 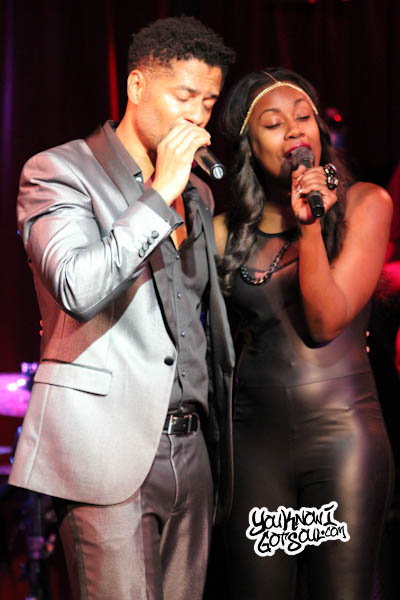 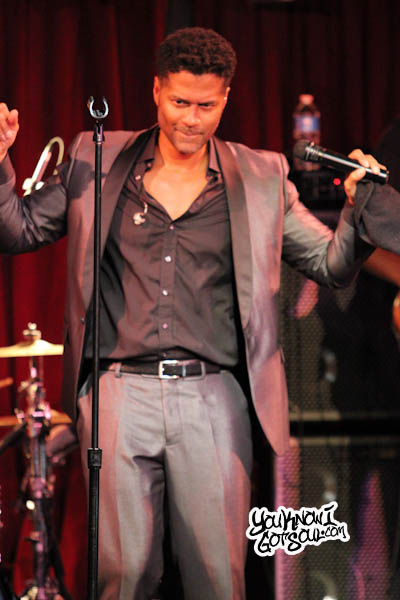