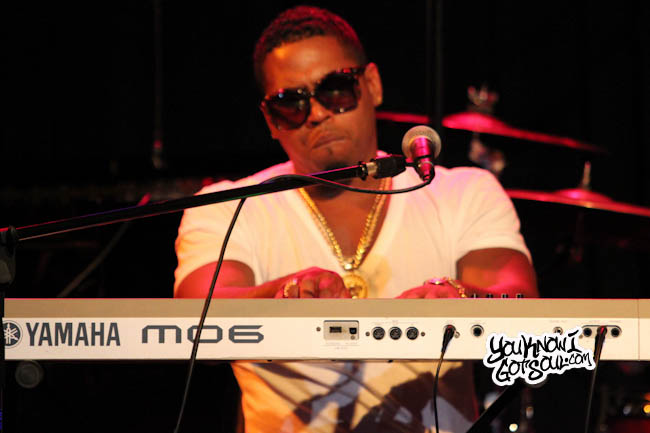 Last Saturday in NYC, Soul Factory and You Know I Got Soul partnered to present a special edition of the monthly R&B establishment at Drom featuring Soul Train Award-winning artist Bobby V.

The romantic, dimly lit venue was packed full of couples and friends out to enjoy their Saturday evening. A live band crafted the atmosphere with an organic up-tempo positive energy, reminiscent of an intimate jam session.

The sweet and sassy host Jodine Dorce took the stage, welcoming the audience to the longstanding R&B showcase. Her confident yet approachable demeanor enhanced the open setting where music fans can freely express and enjoy themselves.

Chris Stylez opened the stage with a rendition of the classic R&B song ‘Anniversary’. His strong, full textural tone validated his artist resume of performing on such respected stages as BET’s Music Matters and ’106 & Park’. He then took the set to another level interacting with a female audience member who swayed along with him in a red satin dress.

The passionate and energetic exuberance of the next act, Melodie, morphed the setting into that of a girl’s night out. Her juicy, powerful voice and voluptuous presence sweetened the room with a tinge of femininity. A melodic (forgive the pun) and sassy ode to plus-sized women, (where she encourage those under size 12 to “get a snack” ) further captured the audience in her sincerity as they grooved to the punchy beat.

A brief break between performances accompanied by a DJ set of R&B and Hip-Hop classics. You could see many enjoying being in their element, dancing and singing away.

Bobby V – who was a bit late but always fashionable – came to the stage by walking through the audience, further amplifying the home-grown family and friends feel of the event. An interesting composition of camera phone-holding 20-year-olds and tame older adults alluded to a unique aspect of the event’s audience.

The diverse crowd screamed with delight when he went into one of his most famous singles, “Tell Me”. He removed his red leather jacket as he sang his single ‘Anonymous” heightening the performance for the ladies. Taking over keyboard, he delved into an acoustic performance of “Words” showing his versatility and strong musical background. The audience seemed sprung when he sang a rendition of R Kelly’s classic hit ‘Bump & Grind’ followed by H-Town’s “Knockin’ Da Boots.” An unplugged edition of his #1 hit “Slow Down” incited the audience to scream and dance. The unprocessed, unfiltered, autotune-free vocals with a unique tone made one remember that this was a seasoned, quality artist they were viewing. He took a minute to rock with the band in a fitting jam session, before introducing his new single “Back to Love” from his upcoming Peach Moon EP. Closing the set with his songs “Mrs. Officer” and “Beep Beep” the audience turned up with him. Some choice lyrics of the Jamie Foxx hit “Blame It” were sung, definitely relating to the crowd at this point.

All said, it’s no wonder Soul Factory has become a staple in the NYC scene for true R&B fans. 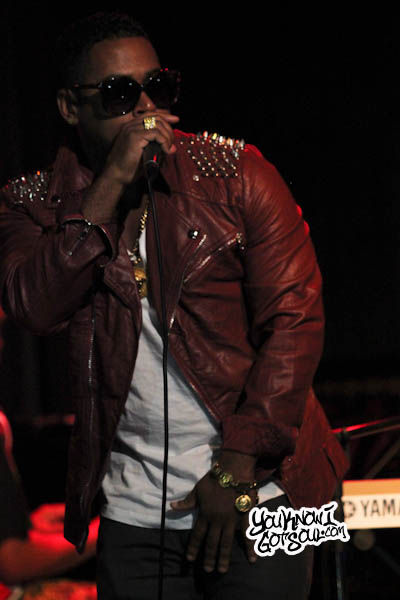 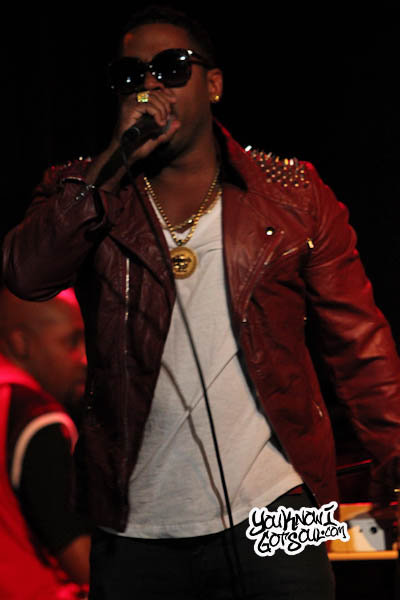 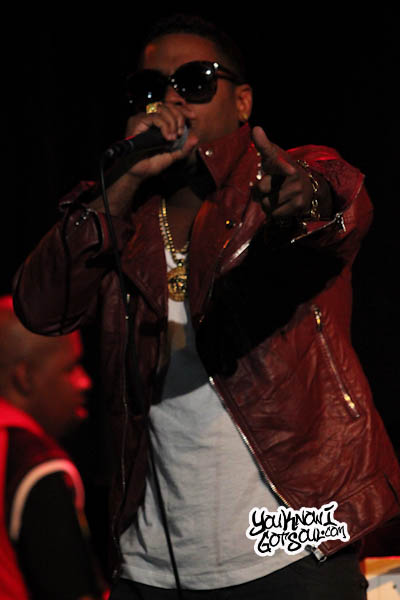 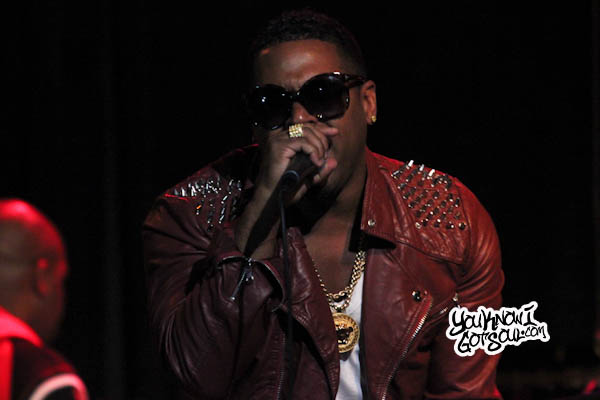 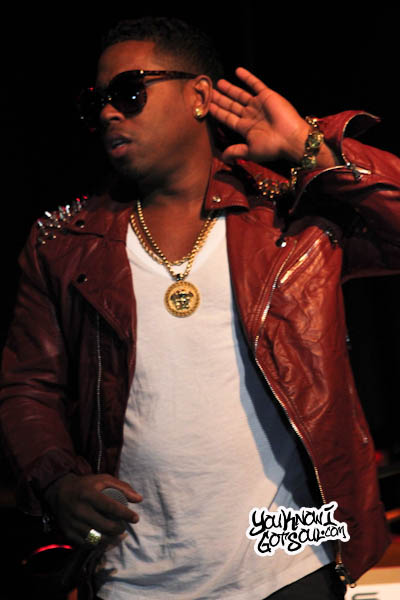 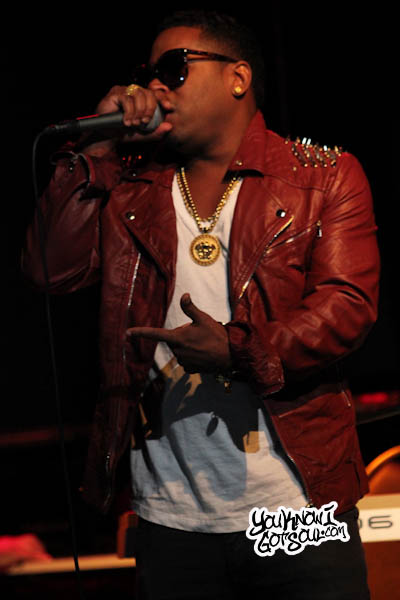 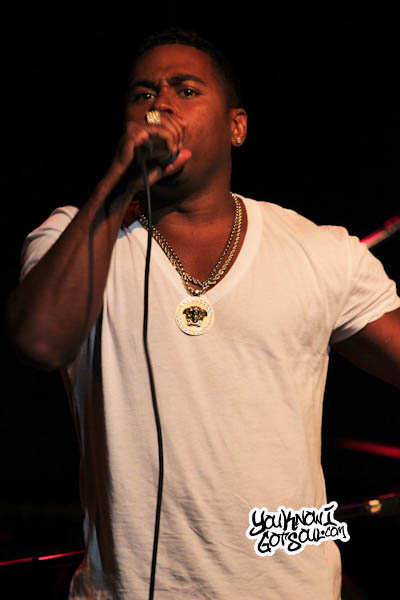 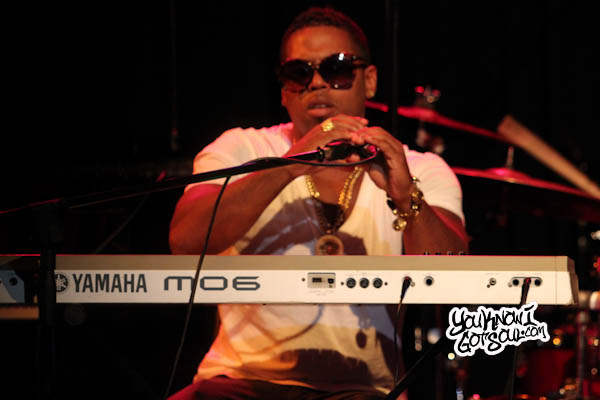 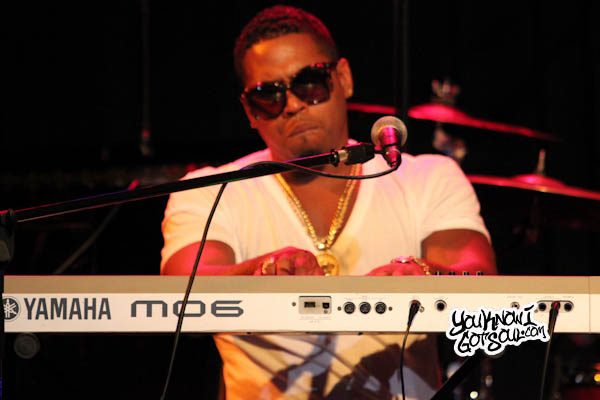 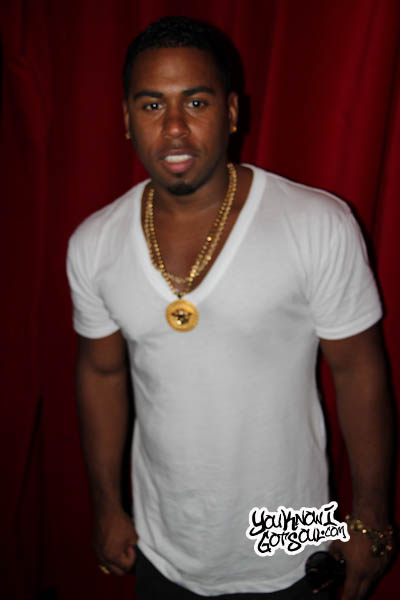 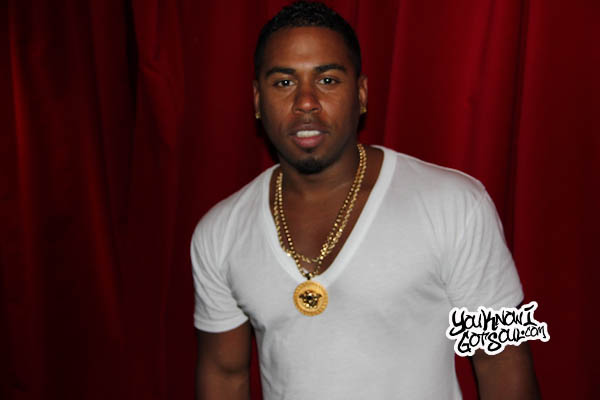 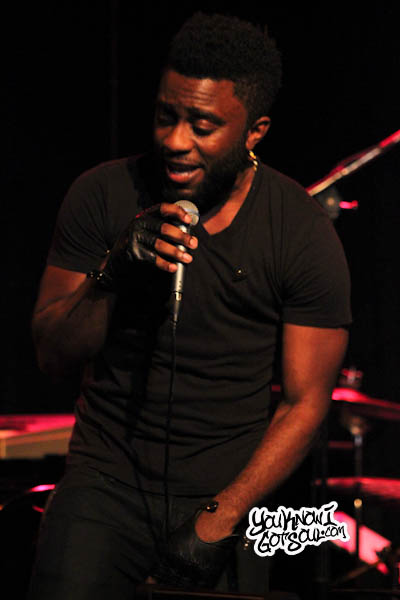 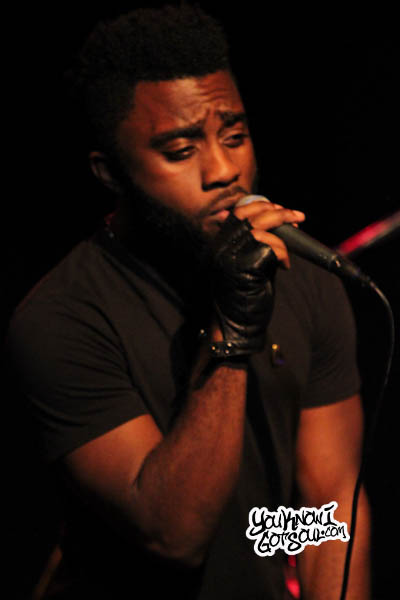 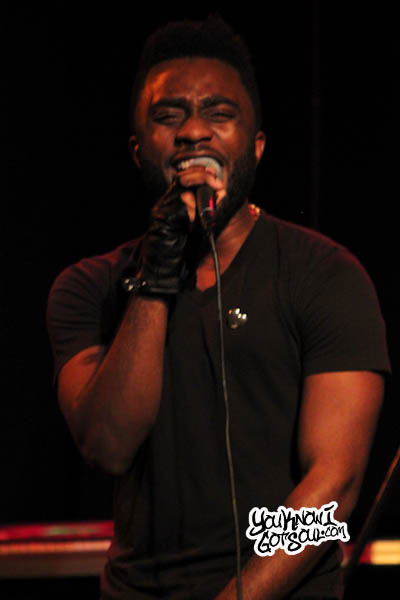 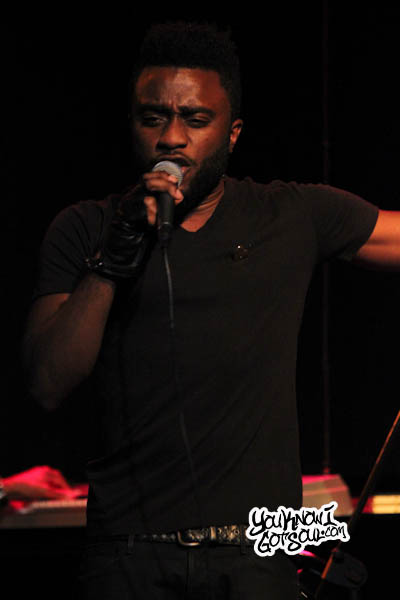 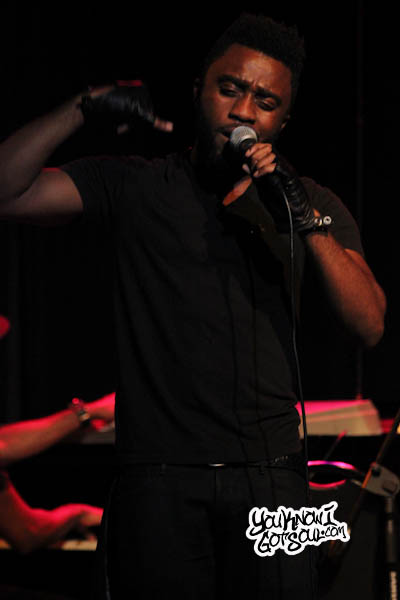 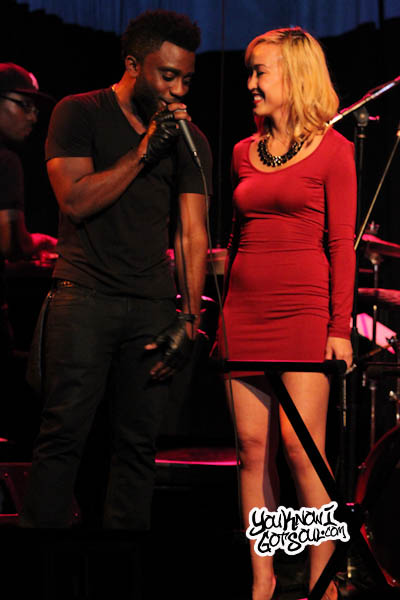 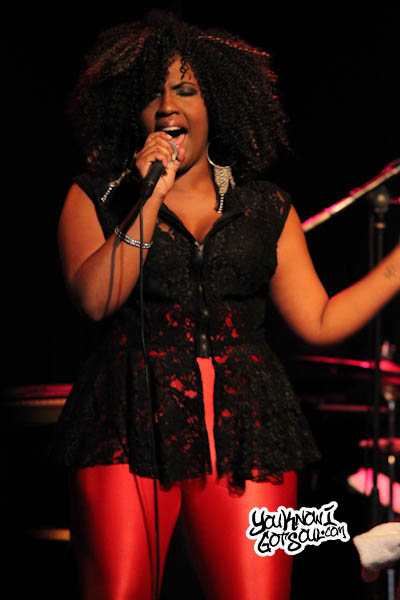 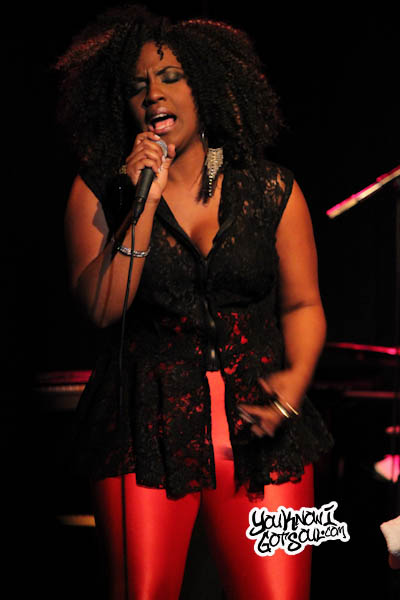 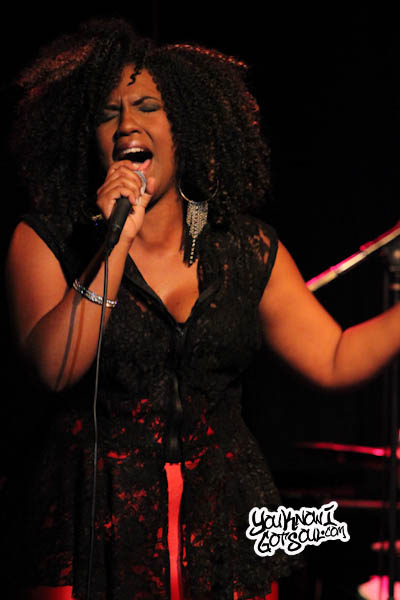 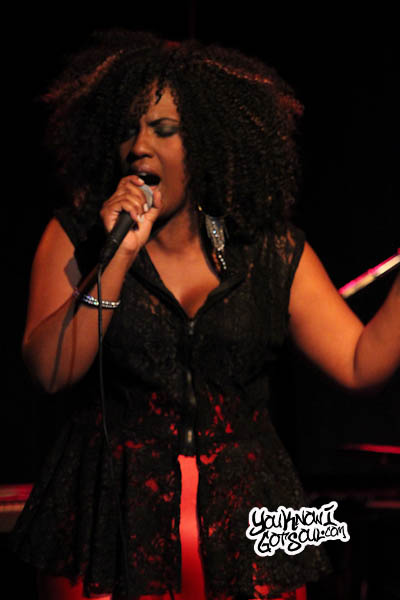