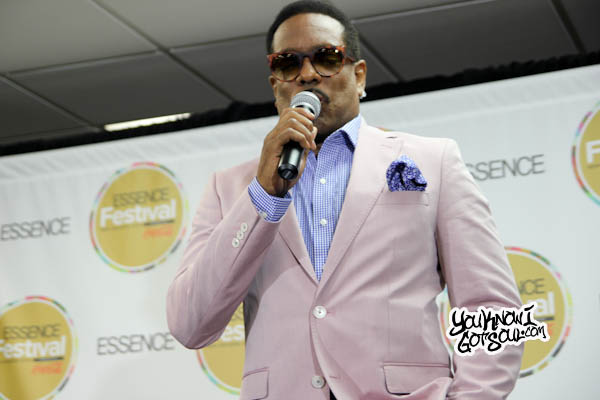 Once the Essence Music Festival had wrapped up, there was no doubt in anyone’s mind that Charlie Wilson had stolen the show after putting on an amazing performance. Before taking the stage on the 2nd night of the festival, he spent some time in the press room taking questions from media. We’ve always admired the fact that he’s remained relevant to every generation of music fan, so of course we had to ask him the key to his success there. Check out his response.

YouKnowIGotSoul: As you’ve grown in your career, have you been able to still appeal to the younger generation of artists/fans?

Charlie Wilson: I love making music and I love performing and I think that’s the reason why I’m the bridge between r&b and hip hop. From everybody to Snoop to Kanye to Jay-Z, everybody has put me on their record from then until now. It’s like you have to deliver, that’s number one, having fun and doing that. I try to do something out of a lane that I’m in and just making some great r&b all of the time. It’s just been fun. It’s kinda hard to answer that question without being too cocky.