Exclusive: K. Michelle Discusses “Hate on Her” in Track by Track Series (Video) 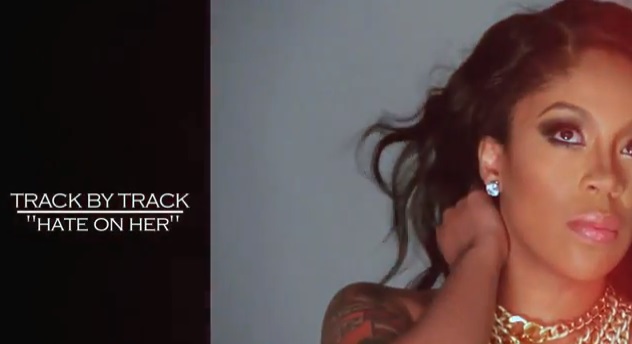 K. Michelle has used her “Track by Track” series to break down in depth every song from her “Rebellious Soul” album, and YouKnowIGotSoul is proud to exclusively premiere the video for “Hate on Her”. The song, produced by Eric Hudson and Andrew “Hit Drew” Clifton, was one of the standout album tracks from her highly successful debut. This is a great example of K. Michelle’s ability to make relatable music for her fans and one of the reasons she’s become such a beloved figure in r&b. Listen to her breaking down how in relationships when the man is cheating, women have tendencies to get angry at the other woman when really they should be getting angry at the man.