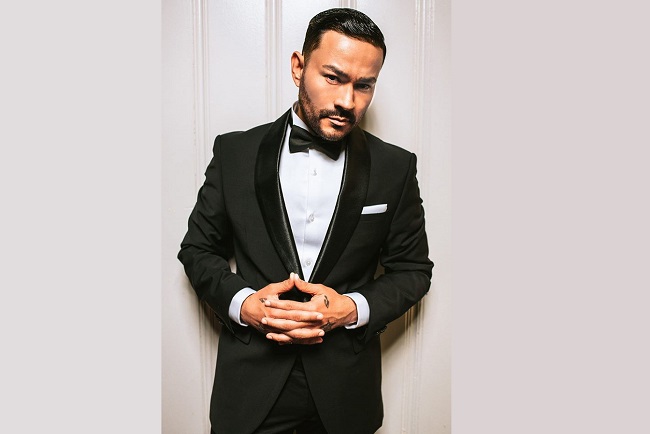 We recently caught up with Frankie J for an interview on Instagram Live. We start off talking about what his career has been like since the start of the pandemic and how he’s adjusted to it. We also talk about his upcoming R&B album “Back To Us”. Lastly we talk about some of his most memorable hits throughout the years including “Obsession”, “How To Deal” and “Don’t Wanna Try”.

YouKnowIGotSoul: What’s the pandemic been like for you as an artist?

Frankie J: It’s been strange. Being at home more often is weird. The travel has diminished to almost 100%, but I’m still able to get into some sessions. I can’t wait until I get back to the concerts and the people. I can’t wait to perform all the songs that the fans love.

YouKnowIGotSoul: Every time we click on your Instagram Live, you’re always in the studio creating new music. What keeps you so motivated to keep going?

Frankie J: I think the music has kept me positive. My family keeps me on my toes too. My son is about to turn 20 and we push each other when it comes to working. We’re going back and forth with the studio and it’s cool to see him working on music. That inspires me and that’s been helping me a lot to go into the studio and work on new songs.

Frankie J: I’m still trying to stay to myself. The thing with me and trends is that they don’t mix well especially when it comes to R&B. For me it’s very important to keep myself in my own lane instead of whatever is playing on the radio. I try to work on original production and when it comes to the songwriting, I like to keep it about love. What’s most important about songwriting is that it’s about the relationships because it’s so real and relevant. The heartbreak and love songs make you want to put your ear and heart into it. Don’t just listen to music with your ear, also listen to it with your heart.

YouKnowIGotSoul: That’s the thing about your music. You’ve always been vulnerable with your music and I still remember when you dropped “Don’t Wanna Try”. Take me back to that era.

Frankie J: You never know what’s going to be big or not, you just do it because you’re having fun. When I was in the Kumbia Kings, we were doing a lot of traditional Mexican music but also some English songs in my mix of shows and our albums. I’ve always been a big R&B lover since the very beginning and it’s always been my thing. At the time I was doing so much writing for the group in English that I felt like I needed to do something for myself. I started buying equipment and I was learning how to produce. One time I was home in a one bed apartment and I remember being in front of a piano. I started learning how to play “Tender Love” by Force MD’s and from that moment, I started playing around with the chords. I started writing about what was in my heart and I was having so much fun not knowing what it was going to be. I remember hearing the final product and I was blown away.

YouKnowIGotSoul: That song was just you and a piano. It wasn’t a lot of crazy sounds.

YouKnowIGotSoul: Your second album “The One” is a fan favorite and really showcased your R&B sound.

Frankie J: When we started working on that album, the very first song that came out was “On The Floor”. That song was produced by Bryan-Michael Cox. We were going through an experimental moment because it was one of the first times I worked with a producer that was so deeply rooted in R&B. Going into the studio with him changed the game for me and it introduced me to a higher level of R&B. That song was the very first single and we did this independently even though I was signed to Columbia. When we first started with the record, the label wasn’t feeling it as a single. My manager was like “Screw it, we’re going to do it ourselves”. He asked me for $10,000 so that we could work radio. With that money, we got that song to top 40 due to the fact that my manager had a lot of relationships at radio. The song featured Paul Wall and he was doing some big things as well at the time. Eventually we got the attention from the label and we started working on the album. That’s when “Obsession” came around. I got a phone call from my manager and he was telling me that he had the official first single for the album. It was a Spanglish song by Aventura. Happy Perez and I worked on it together and we made it into a R&B/Pop song.

YouKnowIGotSoul: What did “Obsession” do for your career?

Frankie J: It was literally right after “Suga Suga” with Baby Bash. That song was a mega hit and when “Obsession” came in, it brought me to the next level. People didn’t think I was going to come out with anything stronger than that. We kept Bash on the record and a lot of fans thought we were a duo because we had these two big records together and continually worked together throughout the years. “Obsessions” was the record that made Columbia say “Let’s get this album done”. That’s when they put the big dollars into the marketing. That’s how I got in the studio with Irv Gotti, Bryan-Michael Cox and Mario Winans.

YouKnowIGotSoul: Talk about the creation of “How To Deal” with Bryan-Michael Cox because that concept was so unique.

Frankie J: I want to say that B-Cox was the soul of that song. It was more about him going through a situation that he was dealing with at the time. I also related to that though. We started the idea, but we did not get to finish it. I had to leave because I was doing promo with “Obsession”. My manager called me and was like “I think we got the whole song. We just need to finish the bridge”. I got to hear the demo that we had started and I was blown away. I went in the studio the next day and started recording it. That was something that was so amazing and the whole idea about it was very unique. It had a “Burn” by Usher vibe to it. Obviously it came from the same producer, so there was nothing wrong with that.

YouKnowIGotSoul: You released the “Priceless” album one year after “The One”. Was that your choice or was that the label?

Frankie J: I had originally signed for three albums and that was my third. We were still trying to figure out what we were going to do. More than anything, my manager was like “We have to work on a new album”. I was tired and we were going non-stop, but we needed to work on some new music. I was super disappointed that Columbia didn’t use the song “Priceless” as a single because I felt like a lot of great records got away. We had so many great songs that could have been used. I think that’s when iTunes came in and it totally flipped the industry. Then it became more about singles than the albums. Another great song was “If He Can’t be” that I wrote with Ryan Tedder. “Priceless” was another classic album.

YouKnowIGotSoul: You’ve been an independent artist over the last few years. What’s that been like for you?

Frankie J: I feel more in charge with my projects and more at ease. It was definitely a different feeling going from major to independent. You have to do everything by yourself, so that’s one thing that really hit me hard. I had to be this one guy that did basically everything. I had to be creative in the studio and all the other stuff. That was crazy for me, but I learned a lot and I think that whole situation has made me more focused.

I’m working on a new R&B album called “Back To Us”. Right now I’m in the process of finishing a few of the songs that I just started. I want to release the first single “With You” featuring Raz-B from B2K. My son and I produced it, so he’s now involved in putting together some songs. Hopefully the album will be out by Christmas time. If not, then the next moment that I would take advantage of is Valentine’s day. This album has some cool things. I also dropped a Spanish album back in May called “Canciones Que Recuerdo”.