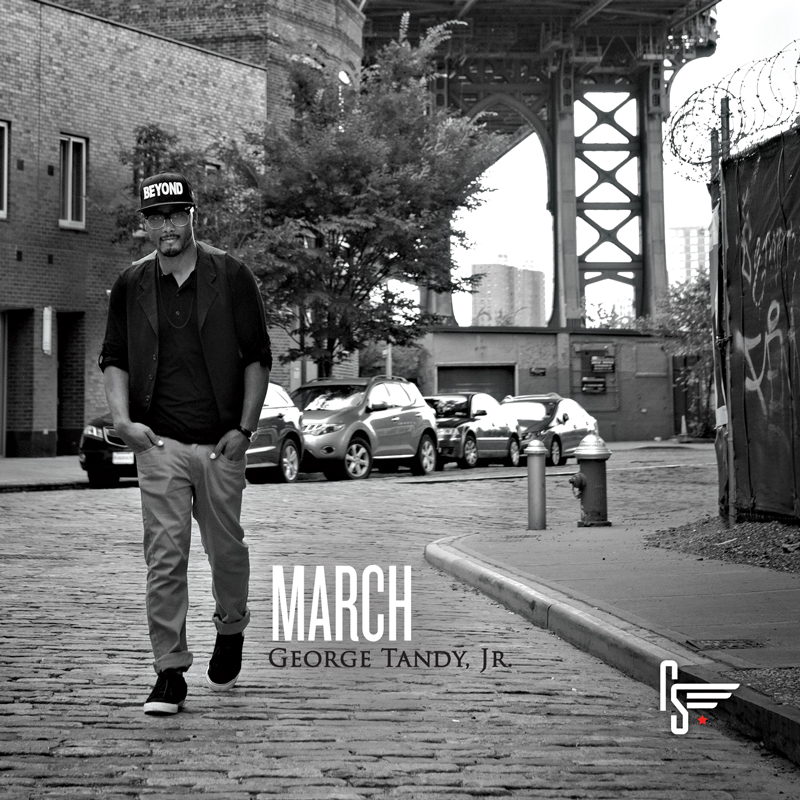 George Tandy Jr. creates brilliant music that is rich with honesty, vulnerability and raw emotion. He is not your typical church singing choir boy or even a classically trained vocalist or pianist but his messages are conveyed clearly and powerfully. Fans often refer to his voice as hypnotizing and pure. Each piece of music creates an inner journey to a time and place that is unique to the listener. Whether it is about sex, relationships, or worldly affairs you will feel every moment in the song. You can call it R&B, folk music or even call it jazz. Some call it soul with a hint of hip hop and note his classical music influences. No matter what you call it, you are correct every time. George personally prefers to call his music “Soulternative.” Regardless of genre, his sound is certainly unique and George is determined to gain fans, supporters as well as new friends one song at a time. He believes that music heals people. Soon people all across the world will be proudly stating, “I am TeamTandy!” once they get a taste.

George Tandy Jr. simply comes alive on stage! He creates songs with a witty and introspective mind and performs them with an electrifying charm that absolutely takes over any venue! Born into a family of artists, music lovers and entertainers George developed a passion for entertaining. Sounds have always intrigued him. As a child you could find George listening intensely to any genre of music, attempting to pick out every instrument in the song. He was inspired early on by his father, George Tandy Sr., a well accomplished jazz musician and producer. “I didn’t live with him as a child, so music was my connection to my Dad growing up. He supports me one hundred percent,” says GTJ. Tandy Jr. played clarinet, snare drum, and French horn in school in Virginia. After graduating high school his beautiful mother encouraged him to move to Florida to pursue his dreams in the arts. This turned out to be some of the best advice she ever shared with him. Florida is where GTJ would get the most valuable training. Candi Tandy (also known as Mama Tandy) who is vocal coach/artist developer, gave him the tools and confidence he needed to realize his dreams by cultivating his writing skills, his ear for melody, and his natural ability to entertain. After years of writing and recording songs with his extremely talented siblings as well as training, performing, competing, and touring the world as a hip hop dancer, GTJ decided to venture out as a solo artist. Armed with only his voice and his keyboard he took to the stage. The south Florida spoken word poetry nights and “open mic” scene gained him thousands of dedicated supporters.

Hoping to gain national and international exposure, George’s solo efforts landed him a few production deals and label deals that unfortunately were not the right fit for him. He has now combined both his resources as well as his talent with an independent label, RedStar Entertainment (a division of Redline Media Group.) With the right team now in place the sky is the limit! Be on the lookout for songs from his first solo project entitled, “The Foundation.”