“If Ur Ready 2 Learn”, Brian McKnight Will Teach You About the Future of R&B (Exclusive Interview) 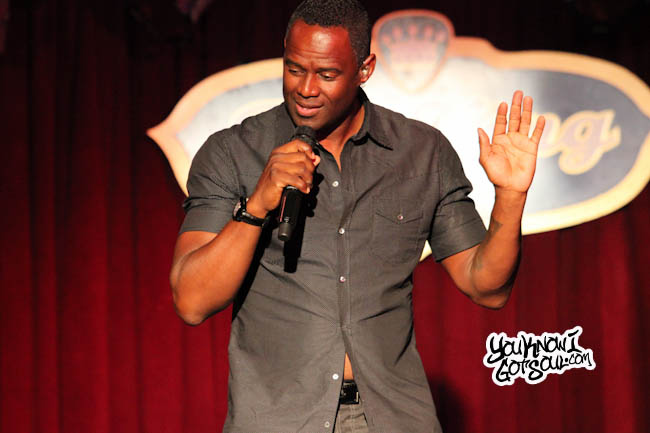 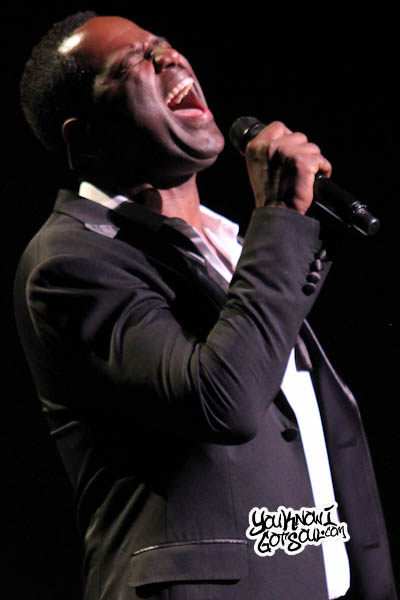 By now, most of you have heard Brian McKnight’s raunchy song “If Ur Ready 2 Learn” and the fallout and controversy that have followed it. What many failed to realize, if they even were willing to accept an excuse, was Brian simply meant the song as a joke and a parody of the music industry in its current state. Not only is the song not indicative of what to expect from Brian going forward, but it’s obvious from talking to him that he’s more focused than ever with the direction of his career. YouKnowIGotSoul caught up with him backstage prior to a recent performance at B.B. King’s in NYC. In this interview, we discussed with him the aftermath of “If Ur Ready 2 Learn”, what the attention this song is getting means about the current condition of r&b, his new record label Trif3cta, the impact of radio station KISS FM shutting down, the way artists are going to have to manage their careers in the future, and much more.

YouKnowIGotSoul: Talk about the single you have out now “If Ur Ready 2 Learn”. I know you’ve made statements saying it was made as a joke, and that people took it a little too serious. Looking back on the whole situation, what is the aftermath of it all?

Brian McKnight: Wow, the aftermath of the “If Ur Ready 2 Learn” song; one it hasn’t stopped. I’ve said this too, although the beginning of this tune is really just me messing around in my studio which I do everyday anyway, the fact is you see a lot of things that people want to compartmentalize the music that they listen to. They want to get this from those people, they want to get this from these people over here, and whatever. My point was, we all have sat around and watched the musical bar drop to the basement. Not just the musical bar, our society in general because what we say to our children now is “Do whatever you have to do to make it”, whether that be a full on porno movie, because you can put your whole family on if you do it correctly. You can be the most famous in American in America if we’re not going to stand up and say that we’re not going to support that or be in the club and hear a song where a guy says “Hey bitch, wait until you see my dick” or “Beat your pussy up” or whatever! If we’re gonna sit back then don’t be mad when other people decide to swim down in those depths unless we’re all gonna say we’ve had it with all of that and get back to making real music.

YouKnowIGotSoul: Not only are you a really talented guy, but you’re really intelligent and I feel like you’ve proven a point here. R&b music isn’t being taken as serious as it should, and now people decide to start paying attention to you again now that you put out this type of record. What is this saying about r&b?

Brian McKnight: If they’re not paying attention, hopefully what some people have done is just start thinking about themselves; it’s bigger than this song. This song was just a parody of the music that’s out today. I hear people complain all of the time that there is no real music, but they’re not the ones out there looking for the music that’s out there. There are lots of people still making great music. There is no label that’s going to support it, and there are no radio stations that still play it. When KISS FM went off of the air here in New York it was one of the biggest blows to the beginning of the end of my genre of music. People can say all day that “Oh no, there is still WBLS”, well WBLS will be next! Radio stations aren’t there to sell music, they are there to sell advertisements! Ryan Seacrest is not going to play my music on his radio show! I’m ok with that. People say “Oh you’re just doing this to be relevant.” I don’t care about being relevant, I did 125 shows last year, what did you do with your summer vacation? *Laughs* All I’m saying is that there is a 19 year old kid out there who may want to make some real music, but he’s told “You’re going to have to do something else, you’re going to have to create a persona for yourself, go get a criminal record, and then maybe you’ll get put on for some street cred.” I was in a meeting with some guys who said they signed a guy not because he was talented, but because he had this awesome swagger. I knew that was the beginning of the end.

YouKnowIGotSoul: As someone who just started their own record label, you launched Trif3cta a few months ago, what advice would you give to an up and coming artist who has the talent and wants to stay true to themselves but you know they won’t sell records in today’s climate?

Brian McKnight: There’s two things, one is you better love it. If you don’t love this thing or love anything that you do, there are always going to be peaks and valleys. Unfortunately in this business, you are going to be in the valley a lot of the time. The peaks are few and far between. If you don’t love and if you are doing it for any other reason than that you love it, you are going to be disappointed. There’s going to be a long, hard road. It’s been a hard road this 20+ years that I’ve been doing it, and by no means am I saying that I would change to do it over again because I started at a time when music was still held in high regard. It would suck to start now. It would really be tough. That’s the only thing, with my label and my website, I’m creating a haven for those people. The real currency of the future is your e-mail address, it’s the only thing you have with you all of the time. People will say “Oh there’s the internet and other things”, yea, if you can get all of those people in one place. You’re selling your heart and soul for a dollar basically. For me, if I can get the hundreds and thousands of people that I see every year on the road in my club and then I can get them to interact with me in my studio now that there are cameras. We can talk about the tunes I’m working on. I can’t give my music to a label anymore, those days are over. I need to get my music directly to those people who will spend $65 to $100 to see me in person; those are the people that will spend $1 on my new song.

YouKnowIGotSoul: In terms of your label, do you see yourself stepping back from the music and getting more into the artist development side? I know you’ve been working with your sons more.

Brian McKnight: My sons are the template because they don’t already have a built in audience. Because I already have an audience it’s going to be relatively easy to make the transition. With a label, you give music to the record label, they try to move it to radio, then the radio plays it, then some kind of way the general public is thinking about your music. Now, I’m going to create it, show you it before I make it available and give it directly to you. For my sons it’s different. Because they are a rock band, they are going to have to go play. The more people that see them, the more of a grassroots following they will have. It’s almost like the 70’s again where you’re going to have to start at the bottom and get there on your own merit.

YouKnowIGotSoul: What’s next for you as an artist?

Brian McKnight: I’m into touring now. I make my living going out on the road. Last year if you put everyday back to back, I worked a third of the year. That’s what I do. At the end of the day, as long as people come out to see me, I will continue to do that. While at the same time, I will try to create a haven for those people who want to create real music so that when people say “There’s no real music” someone will say “Well there’s McKnight360.com”. If I then have all of these hundreds of thousands of people in my database, almost like Facebook, if I tell them “Hey, here’s another new artist that you may be able to get on”. Those people will say “Oh well if Brian recommended this”. Just like if I was doing it through iTunes, maybe they’ll buy that too. This can start a whole new way of interacting musically.

YouKnowIGotSoul: You mentioned earlier KISS FM shutting down, which is so sad especially after 30 years. Do you feel like r&b artists are going to have to work harder and push harder just to make it and be heard?

Brian McKnight: As an artist, you want to only be creative, at least that’s the way I always looked at it. I cannot sit back and hope that my fans seek me out. I have to go and find them. I have to because nobody else is going to be as passionate as what I do and what I create as me. No other person is better than me or a poster child for that as me. It’s a little more work because when I first started it was great. I passed it off and the next thing you know I sold a million records the first time out. It was like “Yeaaaa, this is it”, until the royalties didn’t come in. So wait, the label didn’t write anything on the album, they didn’t produce anything, but I just made Universal $200 million, great! *Laughs* That sucked worse than trying to start now. So it’s about changing the mentality.

YouKnowIGotSoul: You’ve got a plan for your career, you’re taking it into your own hands and you’re being innovative. There are a lot of artists I’ve talked to who kinda just wanna sit back and make the music but then let somebody else promote them. Is that going to be possible in r&b?

Brian McKnight: No. In a minute it’s not going to be readily available in any genre of music because the business model doesn’t work. You can’t have this army of people working for 100,000 record sales, it’s impossible. If Jimmy Iovine lays off 80 people, that used to be a staff of 200, how can record labels co-exist when those people are still making salaries, they are still doing everything. I give it three or four years.