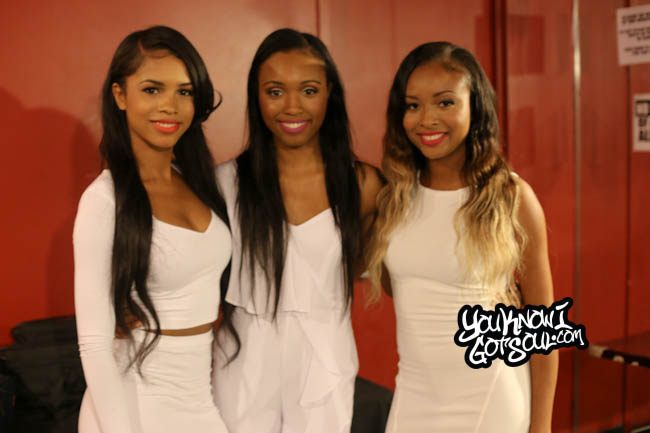 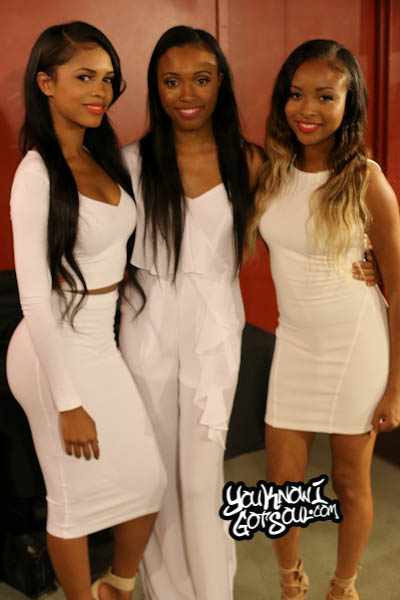 When we were first introduced to Amor Kismet earlier this year, we were astonished by the fact that not only were they a talented group of sisters performing together, but they were also true musicians. They’ve constantly developed their craft over the years, including working the open mic scene in Atlanta, and this was all validated with a shot to perform at the BET Experience this year. We had them perform in our Sol Village show recently and got to see their talents on display up close and personal. As they work towards their debut EP, allow this interview to serve an introduction to these up and coming future stars. We sat down with them after that Sol Village show and discussed everything from their origins as a group to developing as musicians to the upcoming project.

YouKnowIGotSoul: What was it like singing together from an early age?

Erika: Our two oldest siblings sang also, so it was kind of like an everyday thing. They also made us their little entertainers, so we’d be harmonizing, singing and writing. I wrote my first song when I was four.

Erika: It’s mature and it shows I wasn’t the best kid. *Laughs* Our whole family is musical, so it’s natural to us.

YouKnowIGotSoul: At what point did you guys start taking it seriously as a career?

Erika: Probably like 2009, we started doing YouTube videos and they were getting up there. I was like “Okay, this is interesting” so we got like 500,000 views. We felt famous. *Laughs* 2010-ish, we came up with our group name and this is all we wanted to do. You should do things in life where you can help people and discover yourself. I just feel like this is the only career path where I’ve seen myself grown as a person and something I’d love to do. It only made sense.

YouKnowIGotSoul: Talk about the group’s sound and who influenced you musically.

Crystal: It’s like a fusion of things. We play live instruments and we’re so influenced by so many different genres and artists. It all comes together and makes our music.

Erika: One of our biggest influences is Selena Quintanilla Perez and she has that world sound. It’s really captivating. We listen to a lot of old school R&B, Reggae or even Country. Depending on our mood and who writes the song or how you’re feeling, every genre is going to be thrown into our songs.

YouKnowIGotSoul: Not only are you guys true vocalists, but you’re musicians as well. Where did that all develop from?

Crystal: My oldest sister bought us a guitar and she put it to the side. I picked it up one day and I really started practicing. The songs were so simple, but they sounded good.

Erika: The guitar is really simple because we were beginners. We picked it up and my mom was like “You guys should go for it!”

Erika: We first started off at nursing homes. That was our outlet to perform at and we would bring our drums and guitars and play for them.

Crystal: They loved it.

Erika: It was fun, so we were like “Let’s go and branch out”.

YouKnowIGotSoul: I read you guys were doing open mics in Atlanta. How was that?

Erika: We did literally everything. My mom would google everything, so we would go to karaoke nights and open mics.

Erika: Then we went to Columbus and Georgia. We started traveling a little bit. We went from nursing homes to open mics to festivals to SOBs. *Laughs*

YouKnowIGotSoul: What’s coming next from you guys?

Erika: We are working on an EP. It’s nothing set in concrete yet, but look out for that.

Erika: Thank you for checking us out. Look out for us and we’re excited to push out for music.