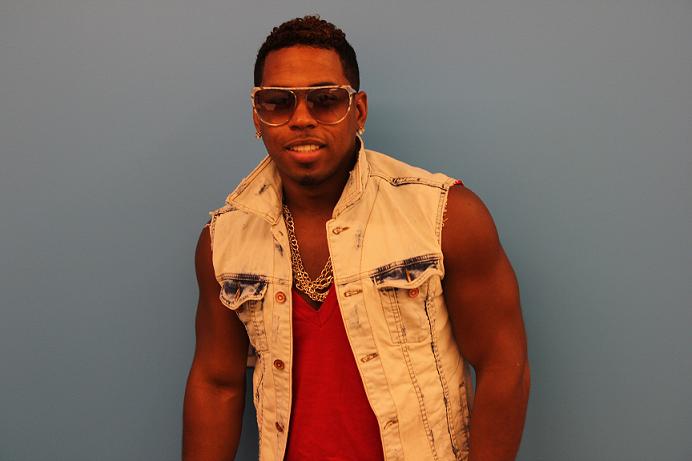 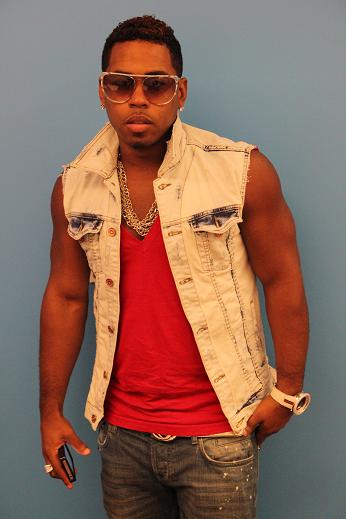 Known as one of the hardest working artists in the music industry, inside and outside of the studio, it’s no coincidence that Bobby V.’s label is called “Blu Kolla”. Having recently signed with independent eOne Entertainment, he’s the perfect type of artist to join this type of label. Not only is he willing to put the work in for himself as an artist to sustain his career, but he also knows the importance of building relationships through the years with those who can help. He’s now been in the industry well over a decade, starting with the group Mista in the mid 90’s, and is preparing to release his 5th solo album. YouKnowIGotSoul caught up with him during a recent promotional run in NYC. We discussed what signing with an independent label will mean for his music, what to expect on his new album “Dusk Til Dawn”, getting big name collaborators despite being independent, his choice of singles, and much more.

Bobby V.: Nothing, man. I think I’ve pretty much been independent since my third album, so I think it’s really just a continuation of what I’ve been doing. I think eOne is a great independent company and they give me all the creative control as I really had from the get go, so I know that there’s nothing different. Only thing would be it being better just because it’s my fifth album, so I want to make every album progress and be the best that it can be.

YouKnowIGotSoul: Do you think being an independent artist makes the most sense for an artist like yourself?

Bobby V.: Yeah it makes sense, but it also depends on how much you want to work as an artist. Being an independent artist is a lot of extra work that you have to do on your own. A lot of relationships that myself and my manager have been built over the years. We really have to use those relationships being an independent artist, but it’s been the same road I’ve been on for the past 5-6 years, since basically 2008, so it’s pretty much the same thing.

YouKnowIGotSoul: You talked about that you’ve had creative control the whole time. Do you feel like at this point in your career going on your fifth album, you just try to please your current fanbase or are you always trying to find new fans in the process?

Bobby V.: I’m always trying to find new fans and you always try to make non-believers into believers. I think that’s what this industry is. It’s about making people that don’t believe and make them believe. The only way to do that is being consistent, making hit records and working hard. My grind is that I have hard work instilled in me from my father and mother. Being an independent artist, you have to work a lot harder, but it’s more rewarding at the end of the day, it pays off.

YouKnowIGotSoul: You mentioned in our last interview that you always kind of release a commercial single first to draw people in and get people to listen to the real R&B on the album. Do you think that’s the way the R&B industry is now and if that’s the way you have to do it?

Bobby V.: I think the industry now is more Hip Hop driven, so you really have to conform and do what’s going on. It’s a different industry; you really don’t have a lot of room for error. You have to make that record that you know is going to work at radio, so you can be happy and your company can be happy and everyone can make money at the end of the day.

YouKnowIGotSoul: In a perfect world if you didn’t have to conform, what would a Bobby V. ideal album sound like?

Bobby V.: All my albums are ideal, but it’s the singles. I love my singles I pick, but of course, I would do more R&B. I’m a real singer and I like to showcase that as much as possible, but like on an uptempo or mid-tempo, it’s harder to show your singing ability much because it’s more dancing and the song doesn’t call for that. An ideal Bobby V. album is what I’ve been doing, but an ideal Bobby V. single would probably be more along the lines of “Words” which was my single off of my 4th album “Fly on the Wall”.

YouKnowIGotSoul: You’re working on your new album “Dusk Till Dawn”, what can we expect on that?

Bobby V.: You can just expect a continuation of the music. It’s going to be quality R&B and an album that you can start from top to bottom. I always say that that’s what I really try to strive for. I’ve been doing music for so long, I really know what the people like. Once they hear the album, a lot of people will sleep and then get the album later on, they’ll be like “Wow! Why didn’t I get this a long time ago?” I just strive on making quality good R&B music and R&B albums.

YouKnowIGotSoul: Your last album, you had some big named producers like Tim & Bob and Bryan-Michael Cox. Who did you work with for this album?

Bobby V.: Pretty much the same lineup. I’m really keeping things what they are, I’m not really changing my sound like that. I’m working with some new cats under my wing, a couple of new producers that I’ve worked with. I have a couple of my band members that have come in on the end after I finish and really fill the tracks up and make them big. There’s a lot of live instrumentation, so that’s what the album will consist of.

YouKnowIGotSoul: You just recently released the video for your new single “Mirror” with Lil’ Wayne. Talk about the creation of that song.

Bobby V.: It was kind of like 4th quarter with one minute left and they were like “Bobby V. we need a single!” They had picked another song and I was like “That shouldn’t be the single”. It was 4th quarter and I was in the studio and there was this track I had been listening to. I heard this track probably six months prior. The producer played the track and I was like “Man I’ve been looking for this track right here!” That’s how “Mirror” came about. Once I went in, I wrote it with a writer by the name of Ryan Hirt. We went in and really just combined our forces and once we finished it, I knew that was the single. Once it was done, I took it to Miami and played it for Wayne and he loved it and hopped on it. It was history from there.

YouKnowIGotSoul: Even though you’ve been independent, you still get these big named collaborations. You’ve worked with Wayne, you were on Nicki Minaj’s album, your mixtape had some names. What kind of respect do you get in the industry from artists?

Bobby V.: I think I get great respect because people respect my grind. They respect my hard work, they respect dedication and they respect really where I’ve come from. They’ve kind of see me grow up in the industry and I think they just respect my grind at the end of the day as much as I respect any other artist. I’m able to get these features just because of the respect level that they have.

YouKnowIGotSoul: Last year, we nominated your song “If I Can’t Have You” for our song of the year.

Bobby V.: That was my favorite song off that album!

YouKnowIGotSoul: I remember you tweeted us and said “Finally someone who ignores the politics”. How frustrating is it for an artist like yourself who doesn’t get the credit they deserve when they make great music?

Bobby V.: Oh man, it’s frustrating but it’s almost like I’m in a position. I love to do music and for me to wake up and have the things that I have and live the lifestyle that I live. Of course I want the accolades and I want to be recognized, I think everybody wants to be recognized for the things that they do, but at the same time, you have to look at a broader spectrum, there’s so many people who would like to be in my shoes. I really can’t be greedy in a sense and it really just makes me want to work that much harder and go that much harder. I really realize that I’m an underrated and really underappreciated, I see that on my Twitter every day, but I think I’d rather be underrated than overrated. I think there’s a couple of cats out there that are very overrated, but that’s the politics of the game. They’ll make you think that somebody is what they are. It’s just like hyping up a movie like Batman. It was a great movie, but I went to go to see it off the hype so I was really expecting much more than what I saw. Not to down the movie, it was a good movie, but it was the hype around it. I think there are a few artists that have that hype, not to say they’re bad artists, but they have the hype so people may think they’re better and for me, it’s all about working hard to get to that level where you have the hype, but you also have everything else to back it up too.

YouKnowIGotSoul: Something you’ve stressed multiple times in this interview and something I’ve always known about you is your grind and all of the hard work you put it. Some people may see you and notice all of the glitz and glamour of being a superstar. But on the other side of things, what is all of the hard work that goes into to keep doing this for your career?

Bobby V.: It’s a lot of calling the program directors myself at radio. Doing a lot of free gigs which as an artist, you make a lot of your money doing paid gigs. Doing those free gigs and just getting out when you don’t feel like it. You might be tired, but just getting out there and touching the people, going into the communities, going into the boys clubs and the YMCA’s, just going to different places where you can really touch a lot of youth. They may not really know about my music per say, but they may look up to me. They may say “Bobby V. came and talk to me and it inspired me to take another direction in my life”. If I can touch somebody like that, the music is secondary. If I can touch somebody who may be going left and I can say something to make them go right, that means more to me than selling 10 million albums; saving somebody’s life.

YouKnowIGotSoul: You brought your Blu Kolla imprint with you over to eOne.

Bobby V.: Blu Kolllaaaaaa, we brought it over to eOne ya heard me!

YouKnowIGotSoul: What can we expect into the future on eOne for your label?

Bobby V.: We’ve got a few new cats that we’re just trying to groom and get them right, so Blu Kolla is definitely going to be a force to be reckoned with. It’s just a slow grind and building the brand and getting these artists to be on that same grind that I’m on. That’s what Blu Kolla is all about, hard work and dedication. I think if you have that in this industry, you can sustain and have a good career.